An emergency pushed Japan closer to a recession

Today, half of Japan's economy will be in a state of emergency, reinforcing fears that Japan's GDP will drop by 20% in the second quarter.

This afternoon (April 7), Japanese Prime Minister Shinzo Abe is scheduled to announce a state of emergency with Tokyo, Osaka and five other provinces. People are recommended to stay at home for a month. Mr. Abe is also preparing a record-breaking stimulus package - nearly $ 1,000 billion to prevent the economy from falling.

When the blockade reaches half of the economy, Japanese officials can push the country into a recession that is predicted to be stronger than during the financial crisis. Mr. Abe's task is to balance this risk with the risk of the number of Covid-19 cases getting out of control. This is one of the decisive moments in Mr. Abe's record-long term.

Tokyo and 3 neighboring provinces - Kanagawa, Chiba and Saitama contribute one third of the national GDP. The total GDP of these regions is similar to Canada and depends heavily on services and retail. Meanwhile, Osaka is a popular tourist attraction, also home to the electronics giants Panasonic, Keyence and Sharp. And Kobe and Fukuoka are favorite shopping destinations for Chinese and Korean tourists. 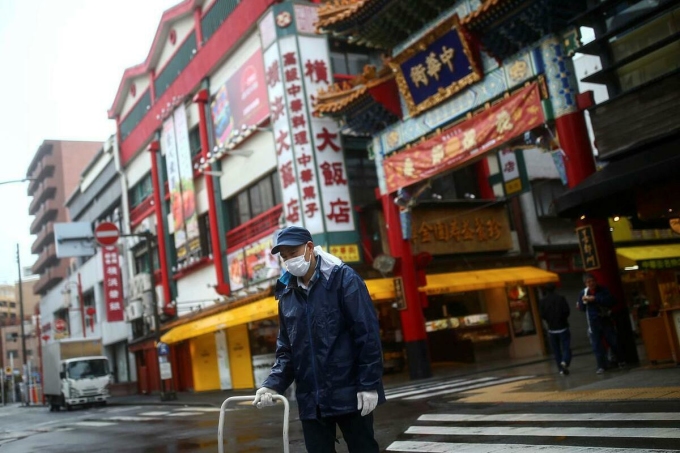 In total, Bloomberg calculates that these areas contribute 48% of Japan's GDP. However, when declaring a state of emergency, local officials should not punish non-compliance. Therefore, the economic consequences will be difficult to extreme.

However, economists believe that this time people will comply more than previous recommendations. Masamichi Adachi, chief economist at UBS Securities, said that he was too optimistic when he predicted that Japan's GDP would drop by 18% this quarter. "There will be no V-shaped recovery momentum. Consumers will remain cautious about going out even when the situation begins to stabilize. And no one knows when there will be a second or even second wave. three, "he said.

Consumer confidence in Japan has been at its lowest level since 2008, due to the epidemic causing income to decline and many people to lose their jobs. Mr. Abe's stimulus package this time will also support money for households and freelance workers.

Since late last year, rising consumption taxes and natural disasters have put pressure on spending and manufacturing in Japan. The already narrow wallet which is now empty will have a long-lasting impact on consumer trends here, in the context that workers are already worried about retirement income.

"Even in cities where the state of emergency is not in place, consumer behavior will change very quickly," said Kiichi Murashima, an economist at Citigroup. He said that Japan's second-quarter GDP will fall by 19.7%. "GDP will not easily bounce back to the end of last year in the fourth quarter of this year. The impact from the pandemic will not disappear so quickly," he warned.

In Aichi, the manufacturing center of Japan, the number of infections continues to rise. Toyota Motor is based in this province, with factories contributing 38% of total capacity. If declared a state of emergency here, the outlook will become even more gloomy.

Japanese officials and manufacturers still clearly remember the financial crisis that made them much harder than the US. This time, the global crisis made hundreds of thousands of people lose their jobs, which means that the demand for Japanese goods is difficult to recover. Last month, the United States lost over 700,000 jobs.

"As jobs in the US decline, Japanese exports will plummet," said Hideo Kumano, chief economist at the Dai-Ichi Life Research Institute. "From this summer, we will see the impact of the shifting from service to manufacturing ".