Covid-19 exposed behind the glamor of America

The US economy, with its impressive records, is now exposed by Covid-19, revealing the weak classes behind the wealthy rich.

In 2020, when there was Covid-19, there were many scenes that reminded American people of the poverty period of the Great Depression of 1937. It was the image of miles of cars in front of grocery stores and workers. unemployed dragon snakes went to apply for unemployment benefits, patients queued overnight outside the hospital to be tested ... They are just like a line of tired people waiting for relief in 1937. After their backs are giant posters, promoting American life, with two slogans "World's highest standard of living" (roughly translated: The world's highest standard of living) and "There's no way like the American Way" ( Translation: There is no style like the American Lifestyle). 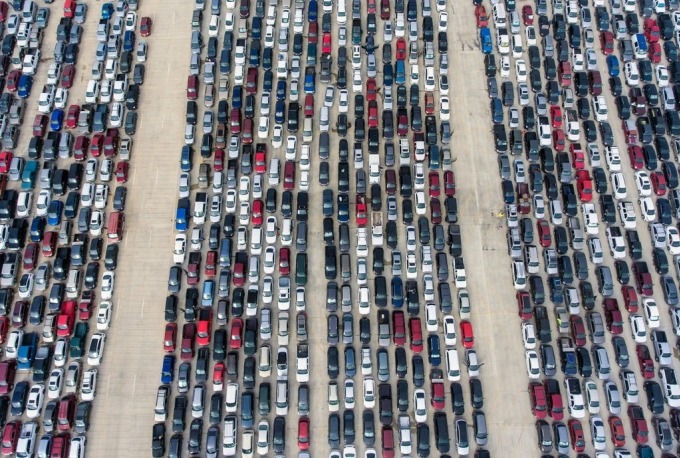 The US economy, praised for its recent record successes, is suddenly at risk when the most basic needs such as food, shelter and medical care suddenly start to waver. On Thursday, the US Department of Labor said an additional 5.2 million people applied for unemployment benefits. Over the past four weeks, 22 million people have lost their jobs, equaling the total number of new jobs created in 9.5 years before the arrival of Covid-19.

Certainly, the outbreak of a pandemic and the attempt to contain it will create new difficulties. But perhaps more significantly, the crisis has exposed deep, lasting gaps in the US economic system.

"We build an economy that is not capable of absorbing shocks," commented Joseph Stiglitz, a Nobel laureate economist, "We create a system as if to maximize benefits. profit but higher risk and lower resilience. "

Right before the pandemic, the US economy was inherently polarized. One of the impressive achievements was the lowest unemployment rate in half a century, the stock market soared and the period of continuous growth was record-long.

On the other side, despite years of GDP growth, workers have struggled with essential needs. The irregular work schedule makes weekly wages soar and down unpredictably. 4 out of 10 adults do not have spare money to cover an unexpected expense of USD 400.

Even middle-class Americans, have become increasingly worried in recent decades about the fragile financial and prospects of their children. Since the recession ended, the economy has created enormous fortunes. However, workers receive a small portion of that.

In less than two decades, wages and benefits in the private sector have fallen by 5.4 percentage points, according to a study by McKinsey Global Institute last year, which averaged $ 3,000 a year, which adjusted for inflation. "For many working families, wage increases are not strong enough to cover their basic needs," the Boston branch Fed concluded in a report last year.

At large companies, employees have seen the cost of health care contributions more than double their wages over the past decade, according to Peterson-Kaiser Health System Tracker. Housing costs also increased. Millions of renters spend more than half of their income on housing. Middle-income households are also affected by escalating housing costs. This group must spend more than one third of their income on rent.

"A lot of people in the economy are living on the edge, and an event like this (Covid-19) pushes them away," Mr. Stiglitz said, "We are the only place in the advanced world when there are who lives on the edge without the safety net below. "

Technological progress and globalization are thought to be part of the economic instability for workers. But Mr. Stiglitz also criticized popular short-term thinking in American companies. Airlines - urgently supported by the government - have used billions of dollars in profits to buy back their shares, instead of investing in employees, production capacity or preventing recession.

In 2018 alone, companies in the S&P 500 spent $ 806 billion to repurchase their own shares at booming prices in search of quick profits. When the epidemic began, many of these companies laid off millions of workers, cutting their health insurance.

A recent survey by SurveyMonkey and Apartment List found that a quarter of renters were only partially or unable to pay this month. "These numbers are extremely worrying," said Igor Popov, chief economist at Apartment List.

"In a typical economic downturn, when income is affected, many families can close down the rented area or move together to minimize the rent. But we're in command 'stay still'. at home 'so it is difficult to move and downgrade rental housing, "he said. 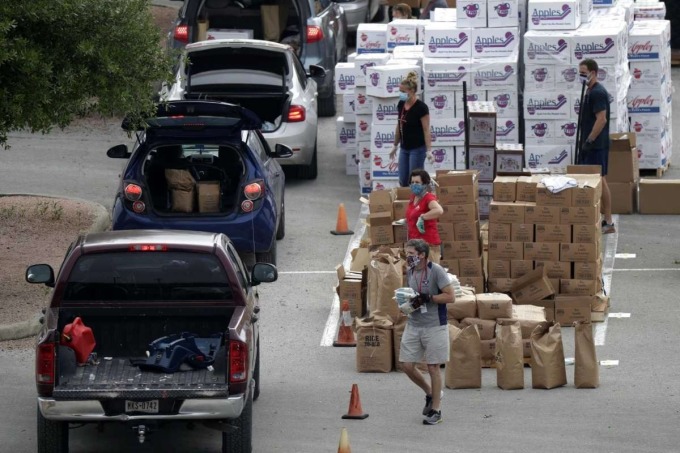 A car of the poor is lined up to receive free food relief in San Antonio on April 7. Photo: San Antonio Express News

The most difficult ones will probably be more difficult. Before the pandemic broke out, Destination: Home, a Silicon Valley non-profit organization, plans to provide $ 7 million in financial support to about 1,000 families.

In March 2020, the organization raised an additional $ 11 million to aid Covid-19 but was flooded with applications. They received 4,500 applications in just 3 days and had to stop accepting applications. The waiting list has nearly 10,000 people and is increasing every day. "There is nothing I don't experience when it comes to homelessness," said Jennifer Loving, CEO of Destination: Home. "But this is catastrophically incomprehensible."

In a report on the economic impact of the pandemic, the Richmond branch Fed warned that the greatest burdens would fall on those who are the most vulnerable, the people who work in low-paying, unsafe jobs.