The way people spend determines which companies in the US exist and who has jobs.

For a few weeks, the pillars of the American industry basically stopped working. Airplanes, restaurants and stadiums were suddenly empty. In many states, businesses deemed unnecessary - including luxury goods retailers and golf courses - have been ordered to close. "This is the sharpest decline in consumer spending we've ever seen," commented Luke Tilley, chief economist at the Wilmington Trust. 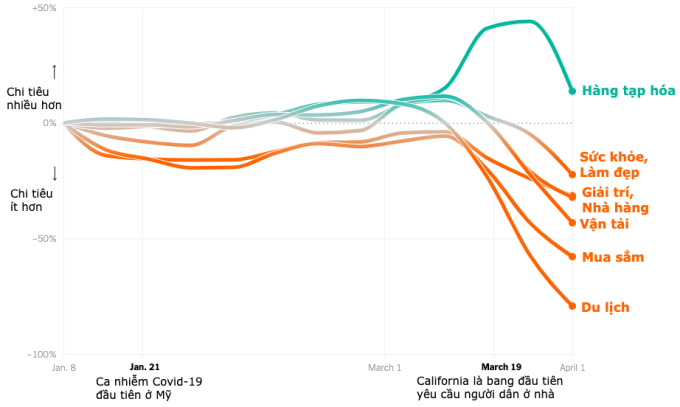 Evolution of spending on some areas of Americans from January 8 to April 1. Graphics: NYT

All of the data below is based on an analysis of the New York Times from Earnest Research, tracking and analyzing credit and debit purchase behavior of nearly 6 million Americans. Although the data does not include cash transactions and therefore does not reflect all sales, it provides a slice of the impact of Covid-19 on the economy.

A number of companies like Walmart, Amazon and Uber Eats have recorded a spike in purchases. But customers of many other businesses stop spending, according to this data.

The way people spend determines which companies exist and who are employed. In recent weeks, more than 16 million workers have applied for unemployment. This number is expected to increase. Consumer spending may fundamentally differ in the coming months. Here is what is going on. 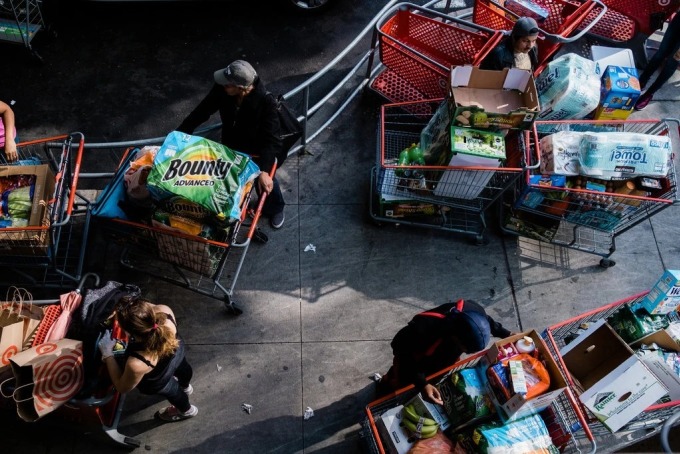 When the restaurants closed and people started staying home last month, the grocery stores were already busy. For the 7 days ending March 18, grocery sales increased 79% from the previous year. The main items that are bought a lot include pasta, flour, toilet paper and soap. Processed and canned foods are also in vogue.

After 18/3, sales have decreased but still higher than normal. From March 26 to April 1, sales increased by 7%. The big winners are the online grocery delivery service and the companies that provide home-cooked un cooked meals (meal kit).

Orders at home across the country in recent weeks have "destroyed" the tourism industry. Spending on aviation, hotels, cruises and car rentals has slowed down. Online travel booking sites such as Expedia, Airbnb and Priceline saw declining sales. Overall, tourism sales have declined rapidly over the past month, with sales for the week ending on April 1 falling 85% from the same period a year earlier.

In previous downturns, service businesses like restaurants were still relatively good. But not now. With social spacing, most restaurants have been ordered to stop providing on-site dining. High-end restaurants, popular to fast food restaurants, with companies from Momofuku to McDonald's, were struggling. Only restaurants that sell them will record a surge in sales in this segment. 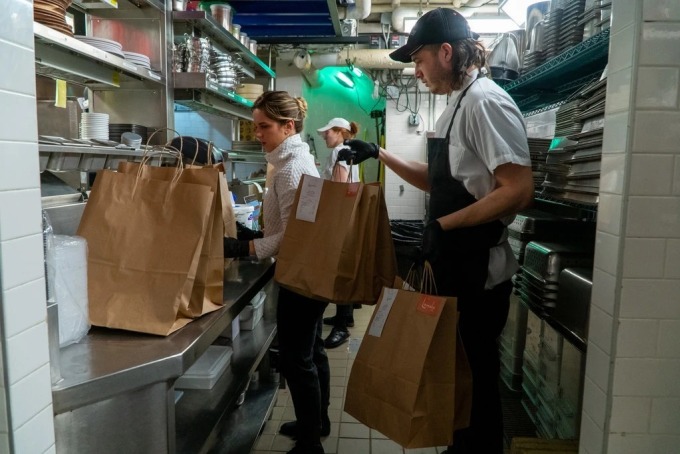 The kitchen of the LamaLo restaurant, in Manhattan, prepares food items to take away. Photo: NYT

In addition to making a major contribution to the record number of unemployed, the ruined food industry is likely to exacerbate the economy. "Traditionally this sector has helped keep the recession from getting too low," said Mr. Tilley, "In this case, stopping mandatory consumer spending on this sector is causing a crisis." economic crisis ".

Currently, many of America's favorite pastimes are limited. Movie theaters and amusement parks closed. The clubs and theaters are silent. But while most types of entertainment that require people to gather are delayed, there are a few bright spots. Spending on video game companies like Twitch and Nintendo is booming. Streaming services, including Netflix and Spotify, are also enjoying profits.

Even before Covid-19, the retail industry struggled to adapt to the development of e-commerce. The current crisis continues to make things worse. Department stores, fast fashion, sneaker stores and other industry players have seen sales decline in recent weeks.

For many people, working from home means stopping traveling. As a result, taxis, ride hailing companies like Uber and Lyft, mass transit services and parking have all seen a drop in sales. Scooter-sharing companies like Lime and Bird suffered a fatal blow. And with fewer cars on the road, sales of cars and auto parts also dropped. 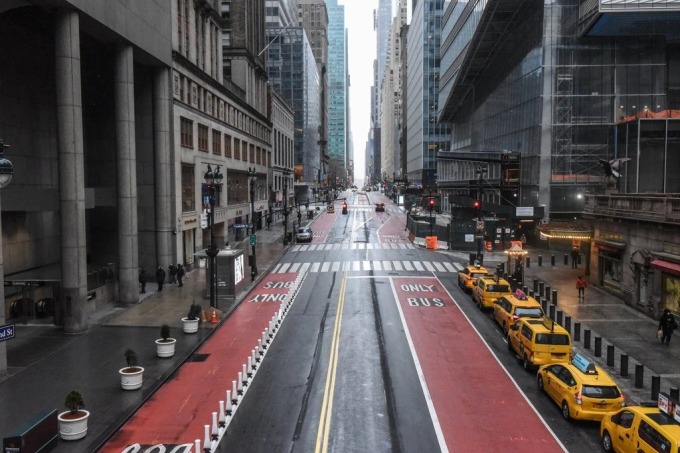 Nobody goes to exercise these days. That's bad news for fitness companies like 24 Hour Fitness and SoulCycle. Nobody goes out much, which is unfortunate for beauty and grooming companies like Sephora and Great Clip.

Currently, spending is even falling sharply in the health care industry, as doctors, dentists and medical professionals working in non-Covid-19-related specialties are "dull" patients. Some hospitals facing low sales have cut doctor and medical staff salaries. "Surprisingly, we have actually seen a decline in health care spending," Tilley said, especially in the current situation.