IMF: This year's global economy could be the worst in nearly a century

Global GDP is expected to decline by 3% this year, marking the sharpest recession since the "Great Depression" of the 1930s, according to IMF forecasts.

"World Economic Prospects Report 2020" The IMF has made a prediction that the global economy will recover partly by 2021, with a growth of 5.8%. But the organization also warned that the prediction was uncertain because the results could still be worse, depending on the course of the pandemic.

"The recovery in 2021 is only partially, because the level of economic activity may remain below the level predicted before the pandemic," said Gita Gopinath, IMF chief economist. said. Under the best scenario, the world is likely to lose $ 9,000 billion in total production in two years, greater than the combined GDP of Germany and Japan. 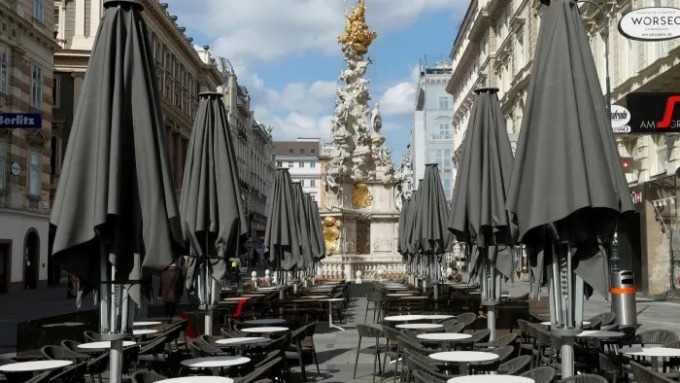 A snack bar in Vienna, Austria closed due to a pandemic. Photo: Reuters

The IMF projections suggest that the outbreak of Covid-19 will peak in most countries in the second quarter and decrease gradually in the second half of the year. Business closures and other deterrent measures will gradually be relaxed.

However, if the pandemic persists through the third quarter, it could cause an additional 3% decline in 2020 and a slower recovery in 2021, due to the effects of prolonged bankruptcy and unemployment. In the case of a second outbreak in 2021, forcing them to shut down even more, could reduce the global GDP base forecast by 5 to 8 percentage points for that year, causing the world to recession during the year. second in a row.

"It is very likely that this year the global economy will experience the worst recession since the Great Depression, surpassing what was seen in the global financial crisis a decade ago," the IMF said. specified in the report, "The Blockade" is expected to significantly reduce global growth. "

The new forecasts create a gloomy atmosphere for recent IMF and World Bank meetings, conducted by videoconferencing to limit virus infection. During the meeting, Gita Gopinath said that travel restrictions around the world and supply chain disruptions because of the pandemic created challenges for globalization.

"However, it is very important that this cannot become a decisive method, reversing all the benefits gained from globalization," she said, calling on countries not to restrict exports. medical supplies. The expert holds the view that a strong and healthy economic recovery will not be sustainable if the world is globalized. Because, it will seriously reduce global productivity.

The global economy dropped by 0.7% in 2009, the worst since the Great Depression of the 1930s, according to IMF data. In January 2020, before Covid-19 spread both inside and outside of China, the IMF forecast that the global economy would grow by 3.3% by 2020 as US-China trade tensions began to cool down. Along with that, the growth for 2021 will be 3.4%.

Now, major economies suffering from a bad outbreak of viruses are plummeting. The US economy is forecast to fall by 5.9% by 2020, and rebound to 4.7% by 2021, in the most optimistic scenario of the IMF.

China, where Covid-19 peaked in the first quarter and business activities are resuming with the help of major financial stimulus packages, will maintain a positive growth of 1.2% in 2020. , down from 6% in the IMF forecast in January 2020. China's economy is forecast to grow 9.2% by 2021, the IMF said.

India's fiscal year 2020 growth is expected to be positive, but Latin American economies, where the pandemic is booming, will fall by 5.2%. IMF CEO Kristalina Georgieva said last week that around US $ 8,000 in fiscal stimulus was launched by governments to prevent economic collapse because Covid-19 was not enough.

The IMF also called on the Fed to extend its liquidity-support swaps to emerging markets, which are facing the double problem of suspended operations and tight financial conditions. The organization said that some countries may need to shift to temporary limits on capital flows.