Life on the 'roof of the world'

Living on the Changtang plateau with an average altitude of 4,500 m, the nomadic Changpa breeds sheep for meat, butter and wool for wool. 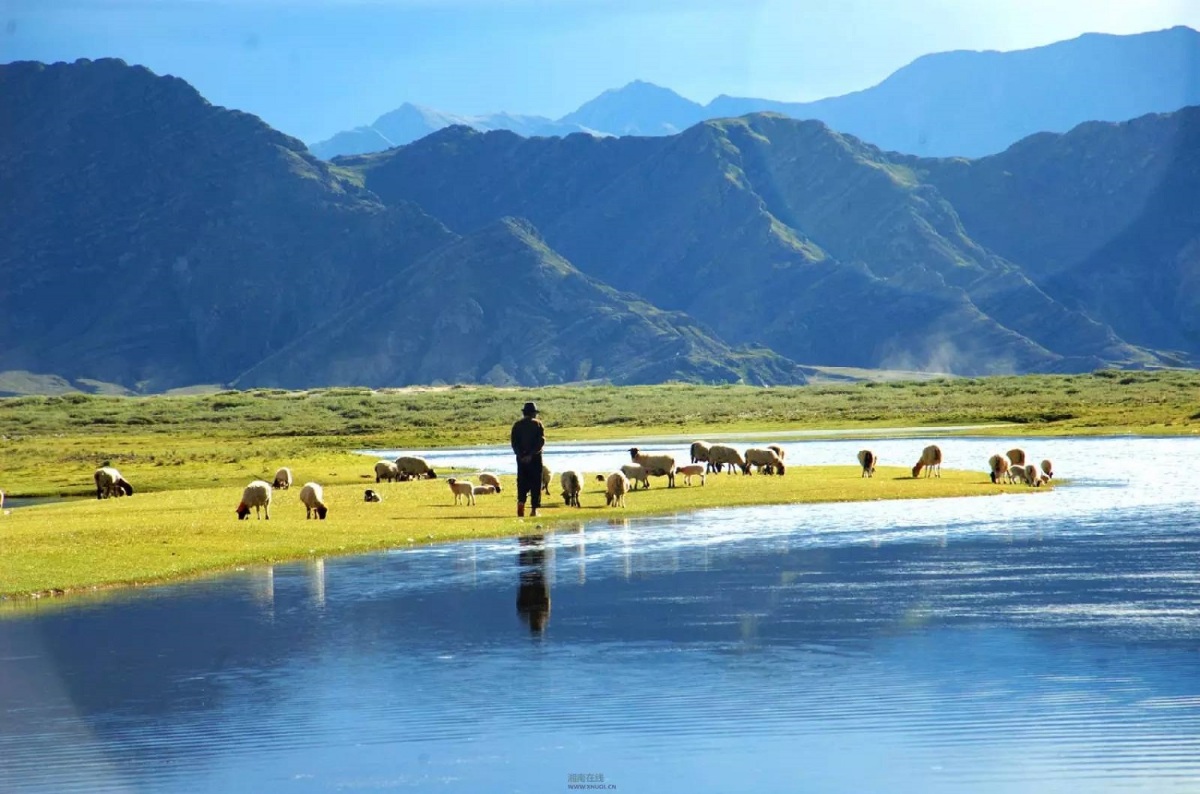 Changtang Plateau on the Himalayas stretches 1,600 km from southeast Ladakh, India to northwest Tibet, China. With an average altitude of 4,500 m above sea level, it has an extremely harsh climate with dry summers, thunderstorms, hail and arctic cold winters. Surrounded by pristine peaks, Changtang also owns deep blue lakes like a pearl rising in the sky.

In Changtang there is a nature reserve, located in the complementary area of ​​Ladakh, at an altitude of 4,200 m - 5,800 m, with topography of deep canyons and plateaus. The second largest nature reserve in the world has about 11 lakes, 10 marshes and the majestic Indus river flowing through. It is home to more than 1,000 wildlife species, including yak, antelope and Tibetan donkeys. 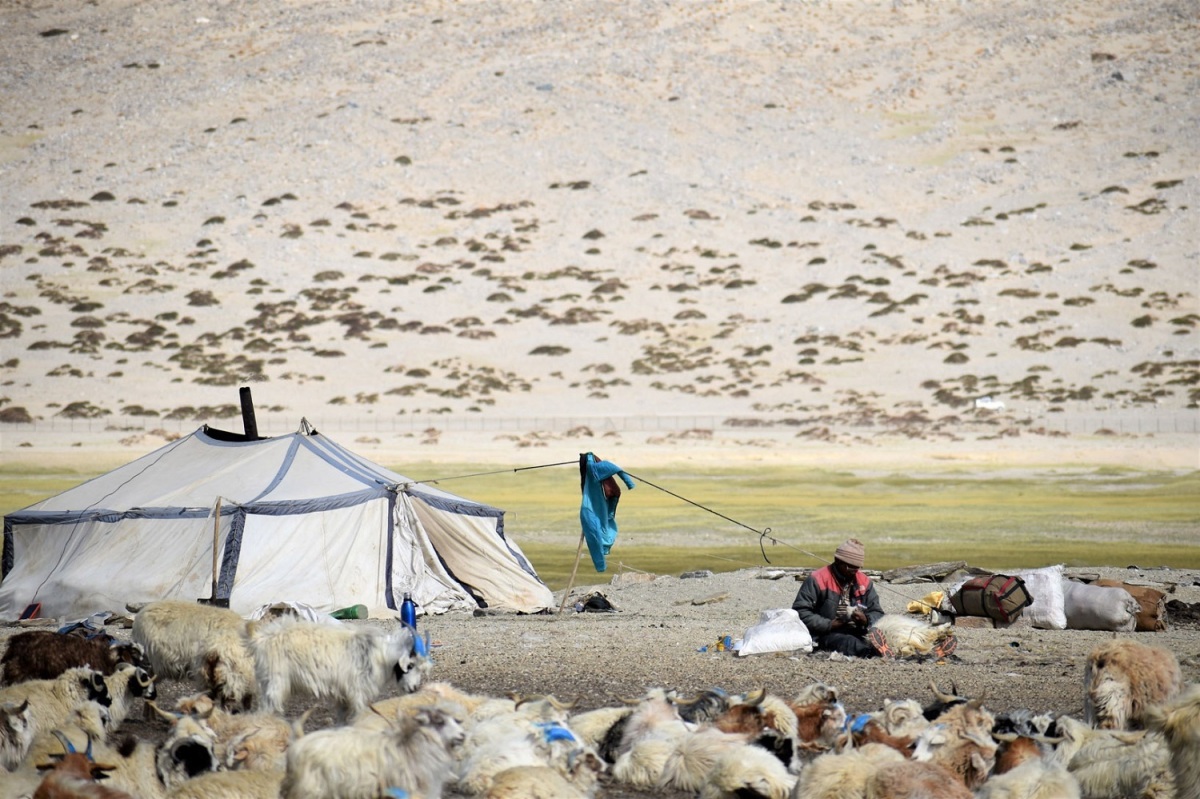 Nomadic people in Changtang are called Changpa. As of 1989, there were about half a million people in the plateau. They depend on the cattle for their living. Due to inclement weather, Changpa people live in small settlements with one or more families for several months, while the grass is still green. When changing seasons, they will migrate to other grasslands, a few days' walk away. Photo: Jungwa. 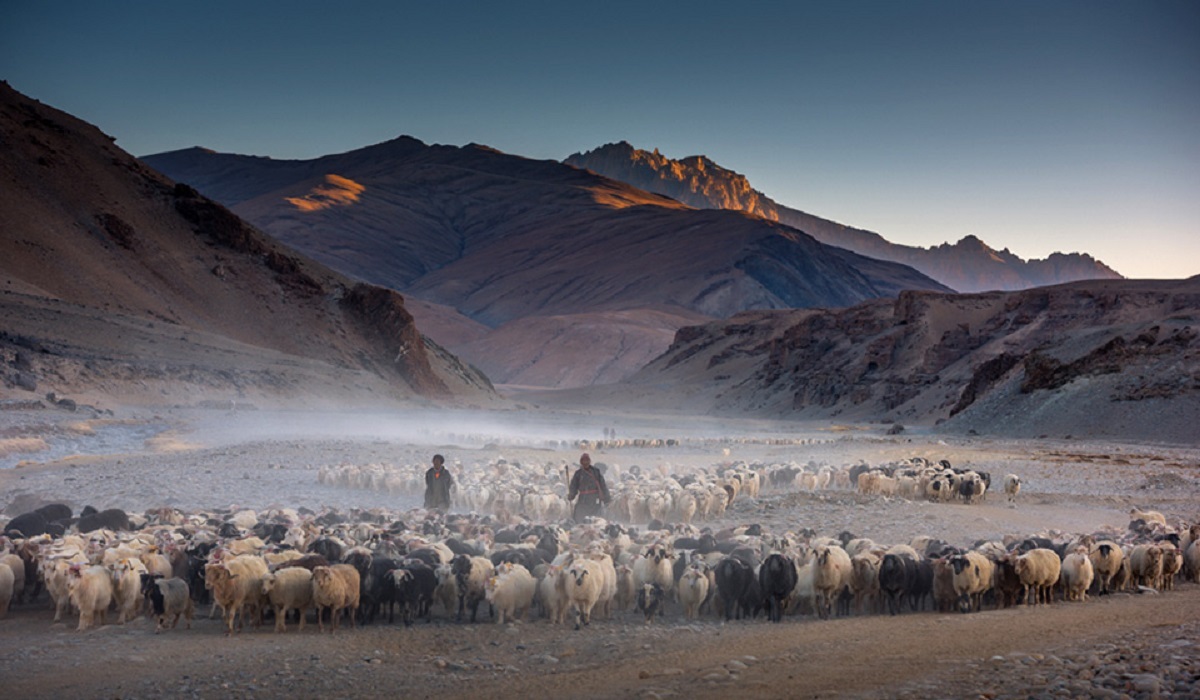 A Changpa settlement can own up to 10,000 animals. When the cattle come back into the sunset, the steps can create a cloud of dust and smoke. Each family usually has 100-200 children. The number of cattle is related to the wealth in the Changpa community.

Herds can adapt to the extreme weather of the plateau. However, when the snow is thick in the winter, Changpa people and local authorities may have to import grass from elsewhere, to ensure their survival. Photo: Darter Photography. 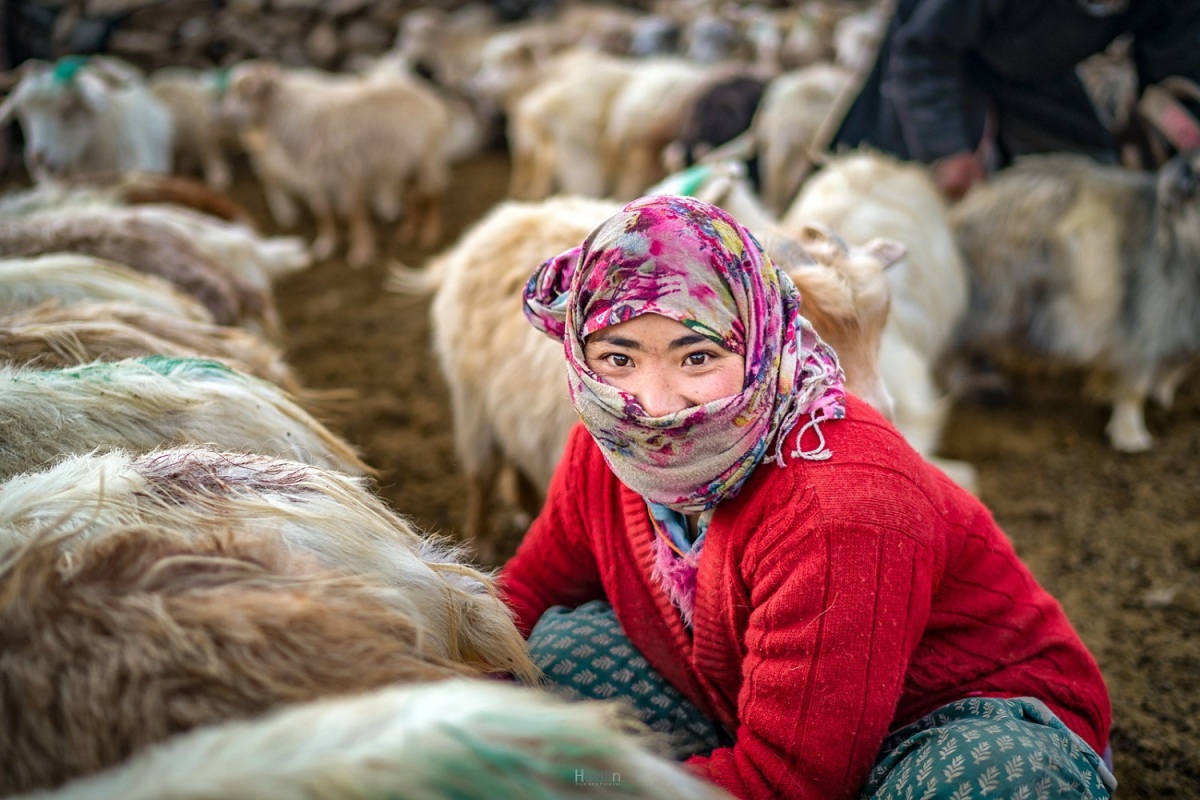 Even in summer, the morning in Changtang is very cold. When the warm sunshine of the day dawn, the Changpa will take the sheep out of the pen and blanket them through the mountains to look for grass. Before going, the goats will be tied together in rows to milk, for about 15, 20 minutes. The goats work will last all day and the Changpa will only come back in the late afternoon. Photo: Tehhanlin / Flickr. 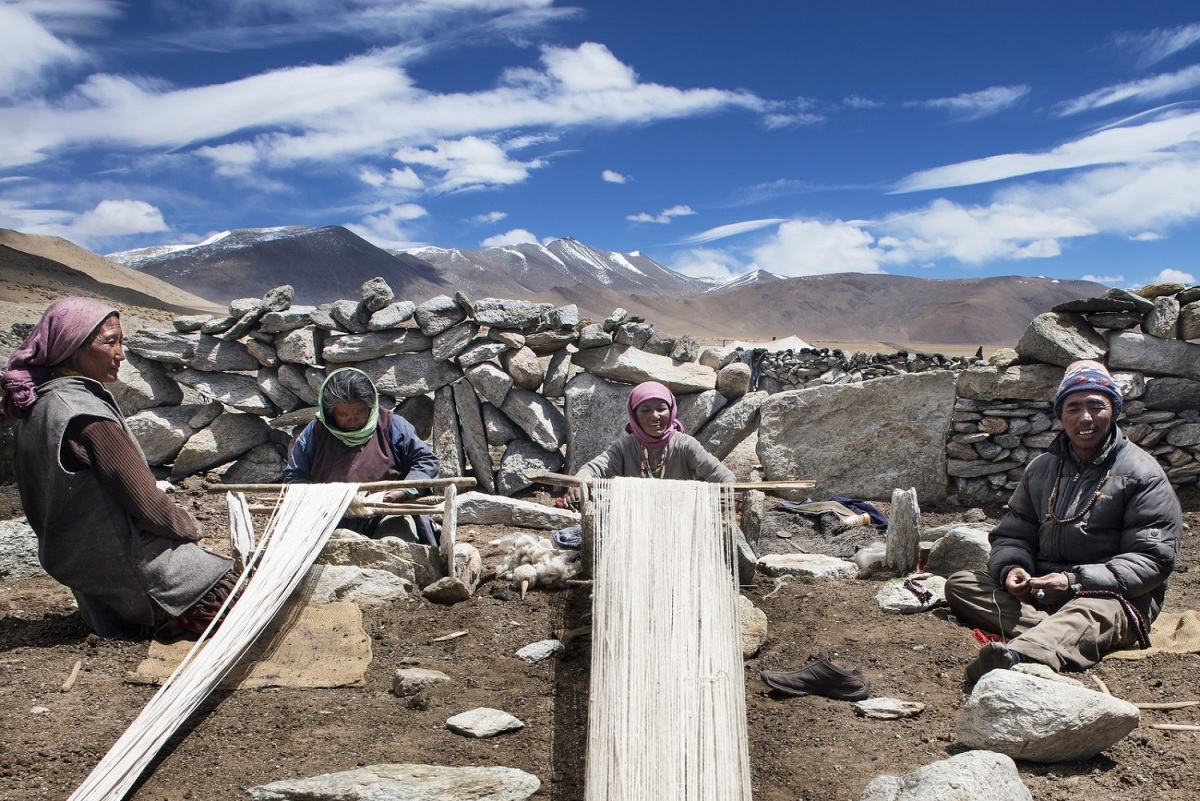 In the community, men are in charge of the outdoors and women are primarily responsible for household chores such as raising children, cooking and tending livestock. However, both sexes are involved in weaving. Men mainly spin and weave yak fur, used as a tent, while women weave wool from wool, thicker and more tightly to make coats, hats and carpets.

In the past, a man was considered an adult when he could make his own shoes and the same requirement for women was to be a good weaver. However, things have gradually changed as roads appear, Changpa people easily move between towns, most families have gas stoves, canvas, rice and wheat. Photo: Anoop Negi / Flickr. 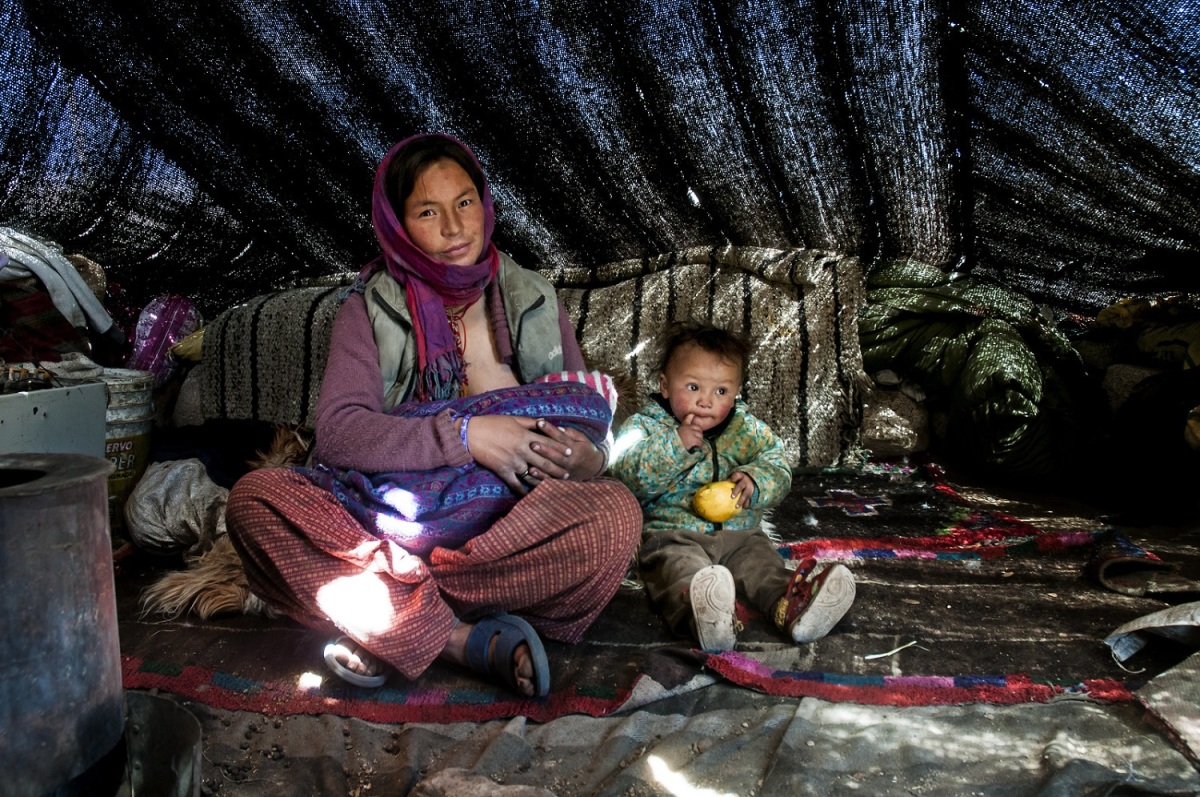 After settling in one place, the Changta people rebuilt tents called rebos, made of yak wool (a type of Tibetan cow). Weaving tents can take up to several months but when completed, they are very durable and can be passed from generation to generation. When part of the tent is worn or torn, they will patch with freshly knitted wool pieces.

The net was sparse, barely enough to fly a small fly. This will help ventilate and catch more sunlight. One strange thing is that rebo is very warm. When it rains, water will flow from the surface and not penetrate. In recent years, Changta people have gradually replaced traditional rebos with cloth tents or semi-solid houses, from stone and mud. Photo: Anoop Negi / Flickr. 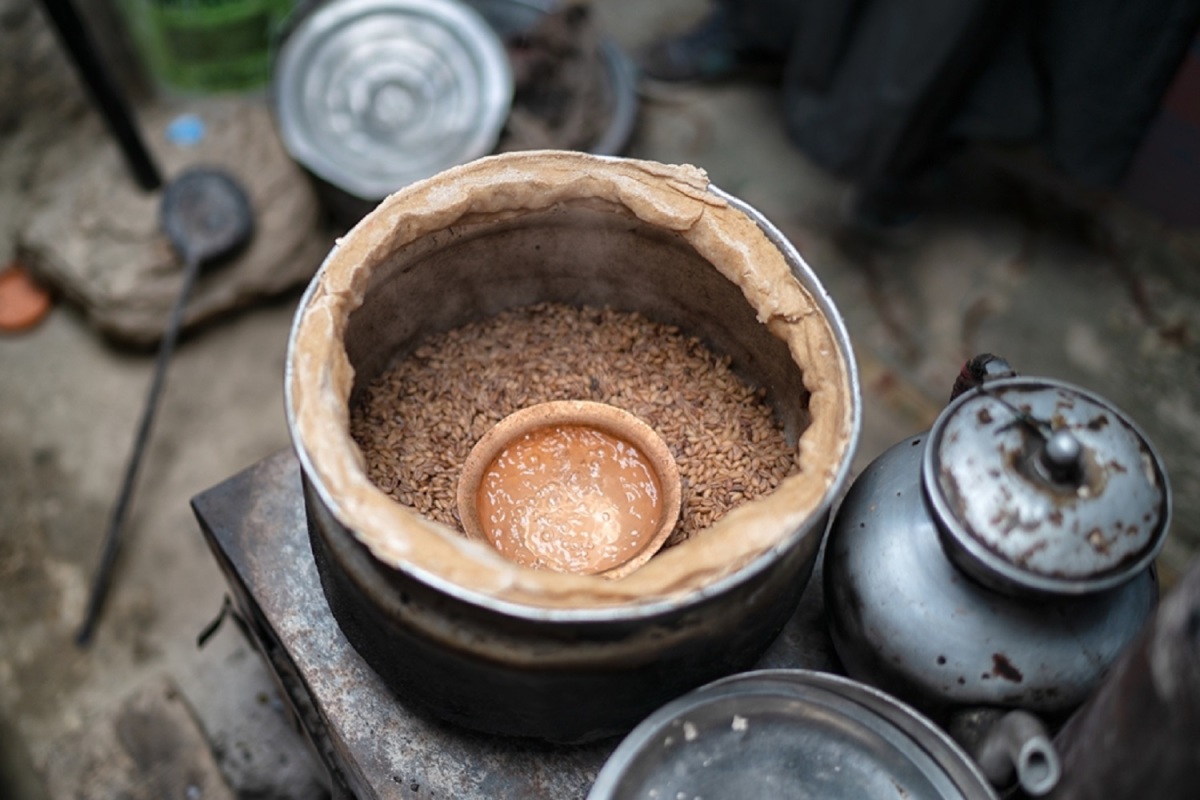 Historically, Changpa people had little dependence on the outside world. Their main food is barley, which is grown in lower regions. Salt is taken from lakes in the area. Livestock is a source of meat, butter, milk, wool and skin. Milk and butter are exchangeable and a source of income for families. Photo: Tehhanlin. 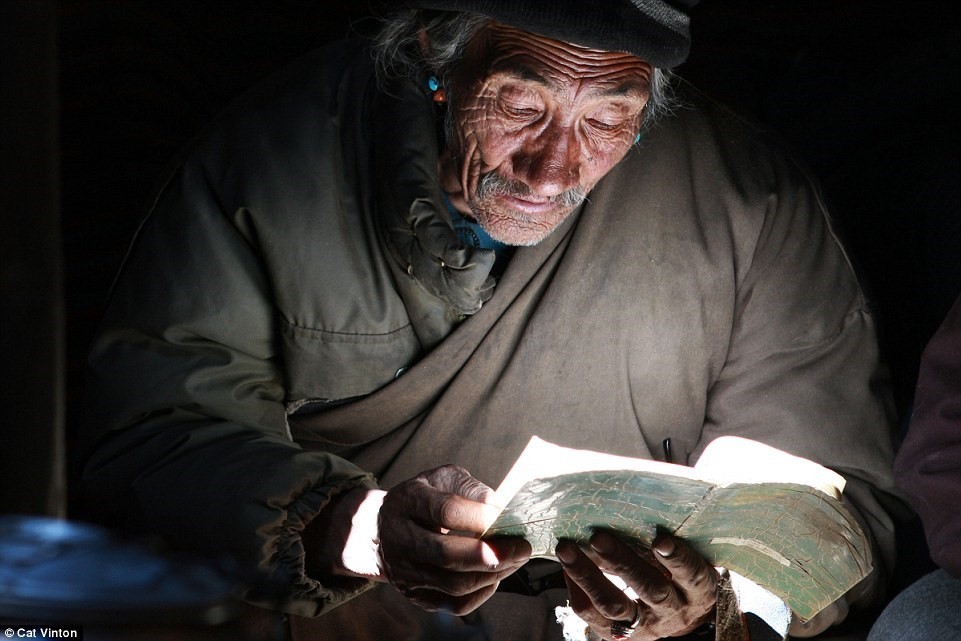 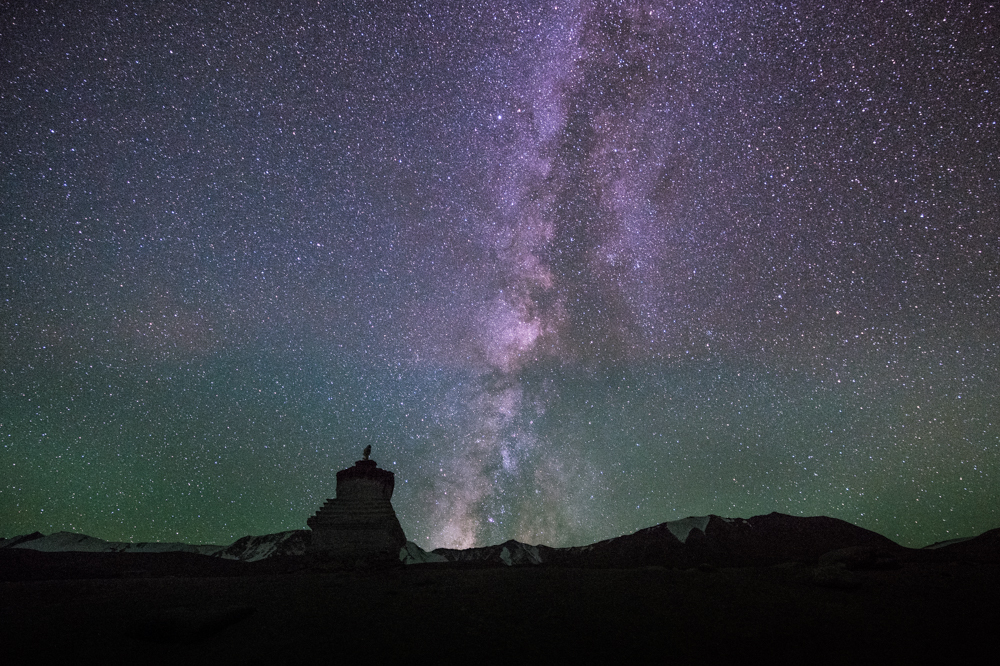 In the connected world, many Changpa families have moved to live and work in the town of Leh, where children can go to school. However, there are some who still return to their roots, to continue the work of shepherd. Wool woven from fur is getting more and more expensive, helping them earn more income to maintain the lifestyle that is increasingly diminished by the harsh environment and constant changes of the world. Photo: Darter Photography.