Many European countries are open to schools

France and the Netherlands have allowed elementary and preschool children to return to school from May 11, high school students come to school later, combined with online learning at home.

In France, at a press conference on April 21, Prime Minister Edouard Philippe announced that the school would be open from May 11 in stages. "In order for the opening process to go smoothly, the school must follow safety and disinfection measures," Mr Philippe said and said at all levels, the class size was limited to 15 students.

Primary schools, pre-schools and child care centers will be open from 11/5, but only teachers will come to the school to train the safety of epidemic prevention, students go to school from 12/5. Parents have the right to send their children to school or not. If absent, parents must ensure their children follow the curriculum in the classroom.

Secondary school students go to school from May 18 but depend on the safety level of the area. Schools in the red area, meaning that many patients with nCoV infection have not recovered, have not been opened yet. Students in the green area where the situation is under control can go to school. High schools and universities do not have a specific schedule.

French Minister of Education Jean-Michel Blanquer said the summer vacation time is still the same as every year, from July 4 to early September. The ministry will ask the school to organize a summer school for students who cannot keep up with the program .

Teachers and school staff are required to wear a mask. Secondary school students must also wear a mask but elementary and preschool children do not necessarily use it.

Earlier on March 16, France closed kindergarten, high school and university. As of May 1, the country recorded 167,178 cases of nCoV infection and 24,376 deaths. 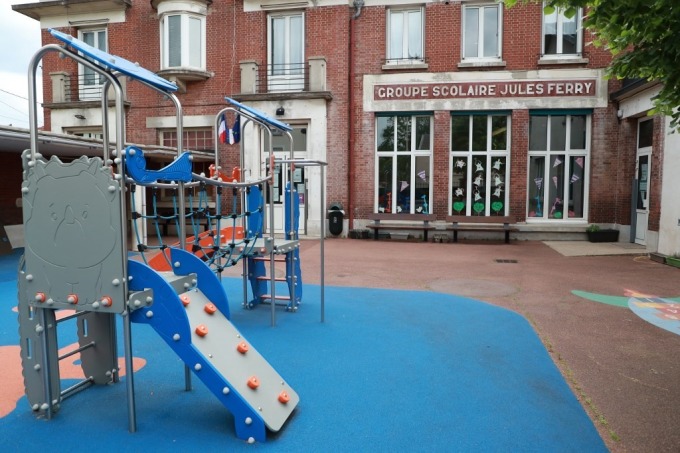 Dutch Prime Minister Mark Rutte announced that elementary and preschool children will go back to school on May 11, while high schools may be open from June 2. Class size and class time must be halved compared to normal. In the remaining time, students study online at home.

The Dutch government encourages parents to take their children to school by bike or on foot, limiting the use of public transport. At schools, students and teachers must keep a distance of 1.5 m. If a student or loved one shows symptoms of cough or fever, all family members are required to stay home.

The Netherlands closed its school on March 15, switching to online learning to prevent the spread of Covid-19. As of May 1, the country recorded 39,791 nCoV infections, of which 4,893 died.

In Finland, primary and secondary schools will reopen on May 14, high school students have no plans to return to the school, Prime Minister Sanna Marin said at a press conference on April 29.

When schools are open, online teaching must end, meaning students are not allowed to complete the home schooling year.

Marin stressed students to limit physical exposure, limiting the number of rooms in classrooms and other areas such as toilets and cafeterias. The party ends the school year, the graduation ceremony is canceled.

"We cannot continue to close schools, but if we implement good regulations on hygiene and safety, the health of students and teachers will be guaranteed," Prime Minister Marin said.

Finnish schools were closed for online learning on March 18 when the government declared a national emergency because of Covid-19. As of May 1, Finland recorded 5,051 nCoV infections, of which 218 died.

In Germany, during a press conference on April 15, Chancellor Angela Merkel announced that high school seniors will go to school on May 4, but many politicians object. By April 30, the state and federal governments decided to postpone school opening times.

Many European countries announced the opening time of schools in mid-May such as Switzerland, Belgium, Austria, Greece. Others are still considering the situation, including Italy, Spain, and the UK.

By May 1, Covid-19 had spread to more than 218 countries and territories, leaving more than 3.3 million people infected and more than 234,000 dead. UNESCO estimates that the pandemic caused 188 countries to close all schools, disrupting the learning of 91% of global students, or 1.6 billion children and young people.