Sign not many people want to appear on the passport

People with Israeli entry marks may be denied entry by some countries in the Middle East.

If you are a fan of traveling and traveling to as many countries as possible, you should consider before letting your passport appear to have an Israeli immigration mark.

According to the Australian Department of Foreign Affairs and Trade, some countries do not recognize the state of Israel. Therefore, they will not allow foreigners with a sign of immigration of this country, entry into their country, even if you go there just to travel. 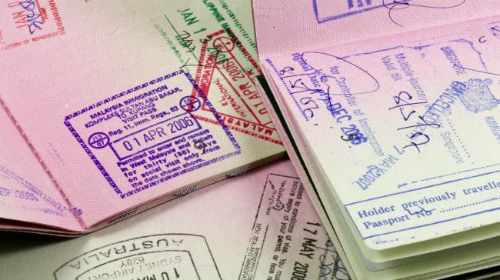 For many people, owning a passport with a stamp of entry - exit is a beautiful memory. Photo: istock.

"Some countries around the world may refuse to enter if your passport shows evidence that you have been to Israel, even just for travel. The same applies to your luggage, if there are labels in Hebrew - a sign that you've been to Israel, "the Department of Foreign Affairs and Trade advises its citizens, according to Smart Traveler.

In addition to the import and export wooden stamps of Israel, you will also be noticed by border guards in some countries if you see on the passports with the marks of Egypt and Jordan. These are countries bordering on Israel. If they found out in the journey to these two countries, you have arrived in Israel, then surely, you will hardly have a chance to overcome. 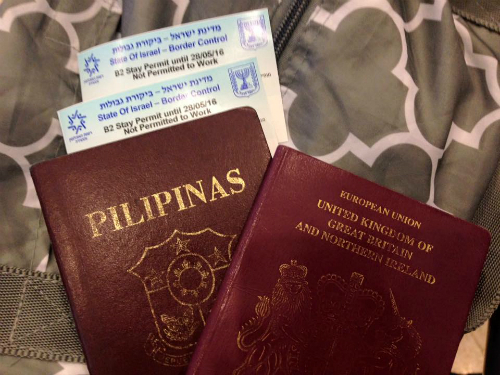 Instead of stamping entry and exit, Israeli customs will issue travelers an entry ticket. Photo: TwoMonkeysTravel.

Some countries will refuse to enter you, if ever to Israel is Lebanon, Saudi Arabia, Iran, Oman, Kuwait, Sudan, Libya, Yemen, Syria.

Besides, Israel is also very aware of the difficulties that they accidentally bring to tourists. Therefore, instead of stamping directly on your passport, the border officer will give you an entry ticket. You can attach them to your passport during your stay in Israel. When you exit, you only need to remove this paper to erase all evidence of ever going to this place.

If you want to save the stamp directly in your passport, many travelers often wait until the passport is about to expire, or only the last pages will come to Israel. They can redo the new passport later and the next journey will not be affected by the "secret" trip to Israel.