The Asian city has the longest name in the world

If you want to read the full name of the Thai capital, you will have to be patient because it consists of 169 letters.

Bangkok is famous as an attractive tourist destination, with modern facilities and busy streets. However, not everyone knows it is just the abbreviation of the Thai capital. Bangkok's full name consists of 169 letters and if you want to read, you will have to take a deep breath: Krungthepmahanakhon Amonrattanakosin Mahintharayutthaya Mahadilokphop Noppharatratchathaniburirom Udomratchaniwetmahasathan Amonphimanawatansathit Sakkathattiyawitsanukamprasit. 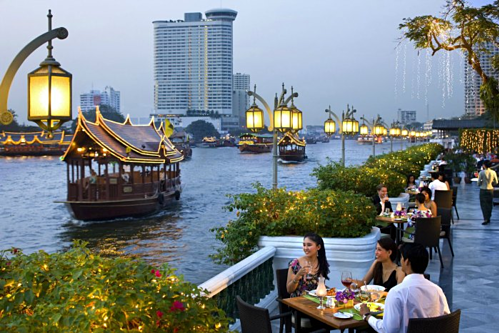 Bangkok is the most attractive city in Asia. Photo: Travel Triangle.

If translated into Vietnamese, it means: The land of angels; great city; the abode of the Lord Buddha, the impregnable stronghold of Indra; the great capital of the world is nourished by 9 gems; city ​​of joy, happiness; Royal Palace bustling like heaven where the gods reborn; The city was born by the god Indra and built by the Vishnu.

'I hate Thailand' ×
The tourism promotion video, "I hate Thailand," has attracted millions of viewers around the world. Video: TAT.

Therefore, the Thai capital has been recognized by the Guinness World Book as the world's longest named city. However, this name does not appear in daily life, but visitors can still see it in some places in the city with tourism promotion campaigns.

In Thailand, people do not call their capital Bangkok. That's just the name for foreigners. Locals often call it Khrung Thep Maha Nakhon or Krung Thep, meaning the city of angels.

Some of the attractions that you should not miss are the Royal Palace, the Jade Buddha Temple, Chatuchak Weekend Market (which hosts up to 200,000 visitors a day), boat ride on the Chao Phraya River ... 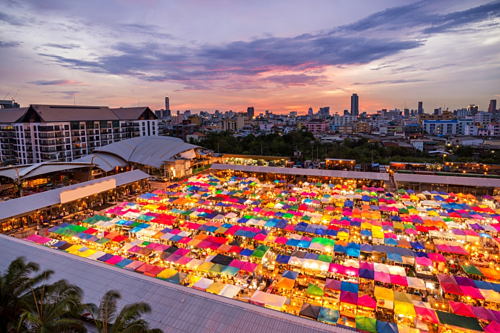 Chatuchak Market has 8,000 stalls, one of the largest markets in the world. Photo: Crazy tourist.

For entertainment, you can join a Muay Thai show, enjoy street food, shop at Siam Paragon, go for foot and body massages, explore the night market in Chinatown ...

Besides, Thailand has many tourist destinations that bring interesting meaning. One of them is Phuket (Crystal Mountain), Chiang Mai (New City), Chonburi (City of water), Koh Samui (Coconut Island) ....

The Kingdom of Thailand is located in Southeast Asia, bordering Laos and Myanmar to the north, Laos and Cambodia to the east, Thailand and Malaysia to the south, Myanmar and the Andaman Sea to the west. The current ruler of Thailand is Rama X.

The capital of the country is Bangkok. It is also the largest city and the political, commercial, industrial and cultural center of this country. There are many airlines flying from Vietnam to Thailand, fares about 2 million, depending on the time.