The European scene through black and white photo series

Facing the magnificent old architecture and magical scenes of some European cities, photographer Le Kim Hung suddenly came up with the idea of ​​keeping in black and white. And he really chose this style to capture the moments that made him feel the most.

"Black and white photos make me feel beyond the time limit and the glossy cover of colors. This is also a way to save a deeper memory of the scenes and people passing by on a short trip. "he revealed.

Notre Dame Cathedral - one of the famous architecture in the world, is the Catholic church representing the gothic style beside the Seine.

This place is admired by many people with the nickname "The forest under one roof" with 1,300 beams and beams made from 300-400 year old trees. The church is about 130 m long, located on a small island in the Seine River, the center of the French capital. The tower of the church is 96 m high and contains antiques considered sacred for Roman Catholics. One of the relics is the Crown of thorns of Jesus.

Each year, this place attracts about 13 million visitors. The internal space can accommodate more than 6,000 people at once. The church is also considered a sacred pilgrimage site of Catholics around the world. It is considered the beating heart of French Catholicism, the cathedral of the archdiocese of Paris. 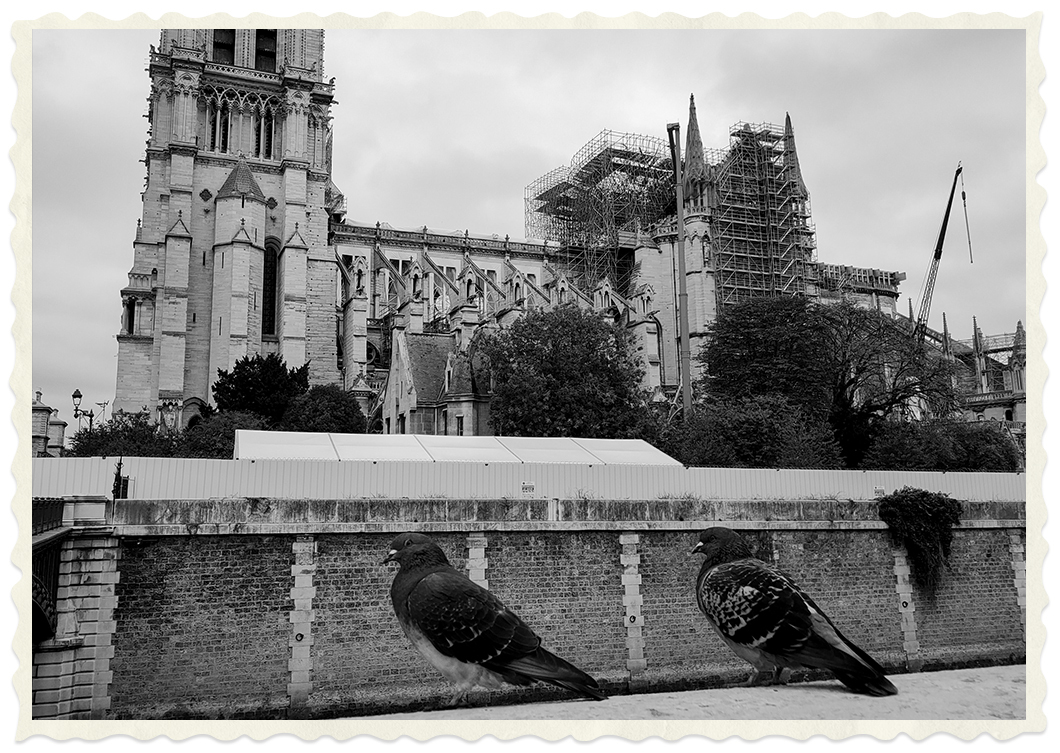 After the fire in April 2019, the church is now closed and visitors can only look outside the barrier. Le Kim Hung chose a very different perspective, still the background with the world-famous construction, but the foreground was leisurely pigeons sitting on the wall, making regrets gradually.

One of the photos that impressed the photographer and enjoyed watching is the moment the bird landed on the top of the statue near the Eiffel Tower. He recorded this scene randomly with Oppo Reno 2, while looking at the famous Eiffel Tower. 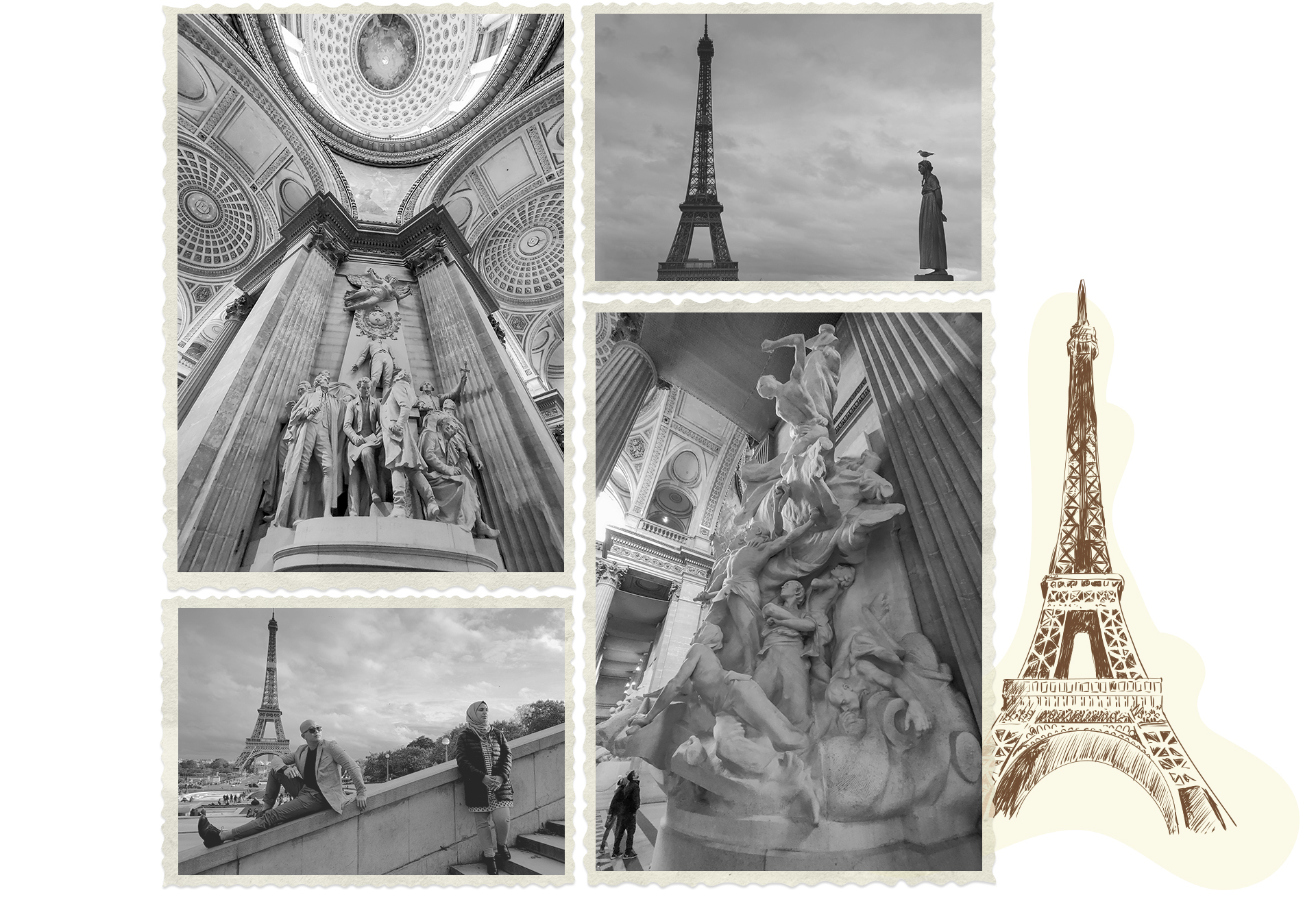 Eiffel Tower is the symbol of the "capital of light" Paris. Each year, the 324-meter-high tower welcomes about 7 million visitors. This is considered one of the most attractive tourist destinations in the world.

This work was built entirely of steel in 1889 with 4 floors, divided into many business categories: restaurants, galleries, souvenir shops ...

Visitors should visit early in the morning when the weather is warm and the air is a bit chilly. Many people also like to watch the Eiffel Tower at night. On average, there are about 20,000 lights and 336 projectors operating every 5 minutes to create a magical beauty for the tower. The ideal place to admire the Paris symbol at night is Trocadero Square. 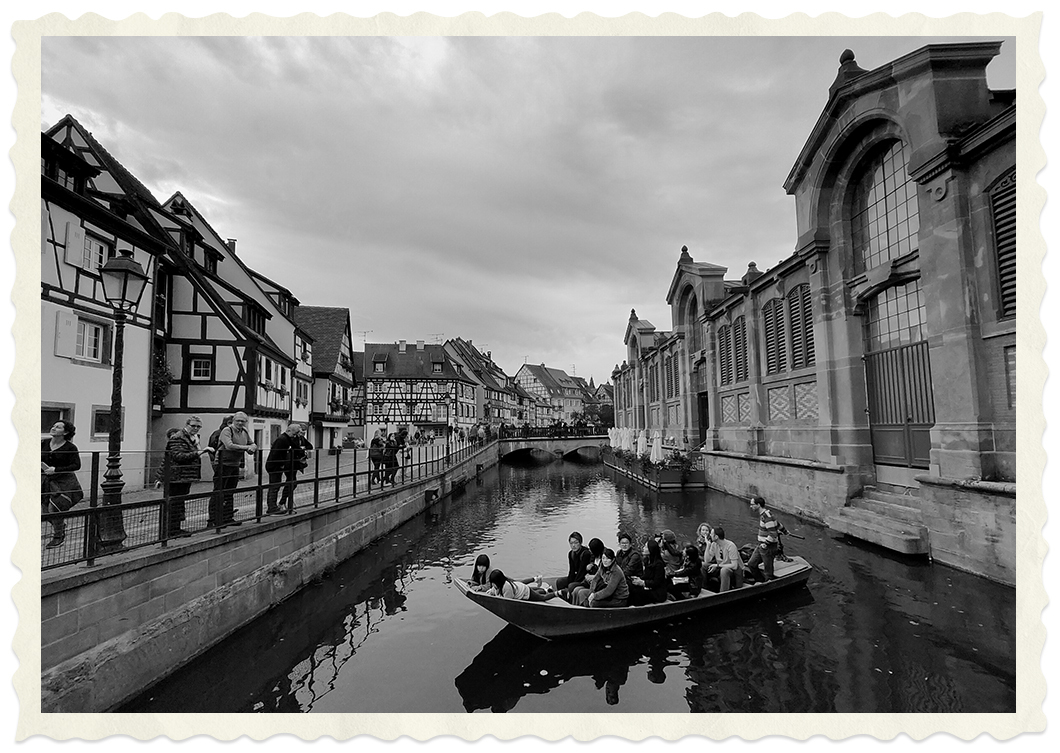 Another experience not to be missed is to sail along the Seine. After 60 minutes of dropping along the water, Le Kim Hung looked at the city with works on both sides of the river.

Favorite destinations of Le Kim Hung are other famous churches of France and Switzerland. Admire the gothic design of the works from hundreds of years ago, towering towers, elaborate domes, and the inspiration for his writing have risen again.

In particular, to get the whole scene, Kim Hung resorted to the telephoto mode on Oppo. As a result, the image on the top of the tower still shows quite detailed such as a clock, statue, decorative lines ... 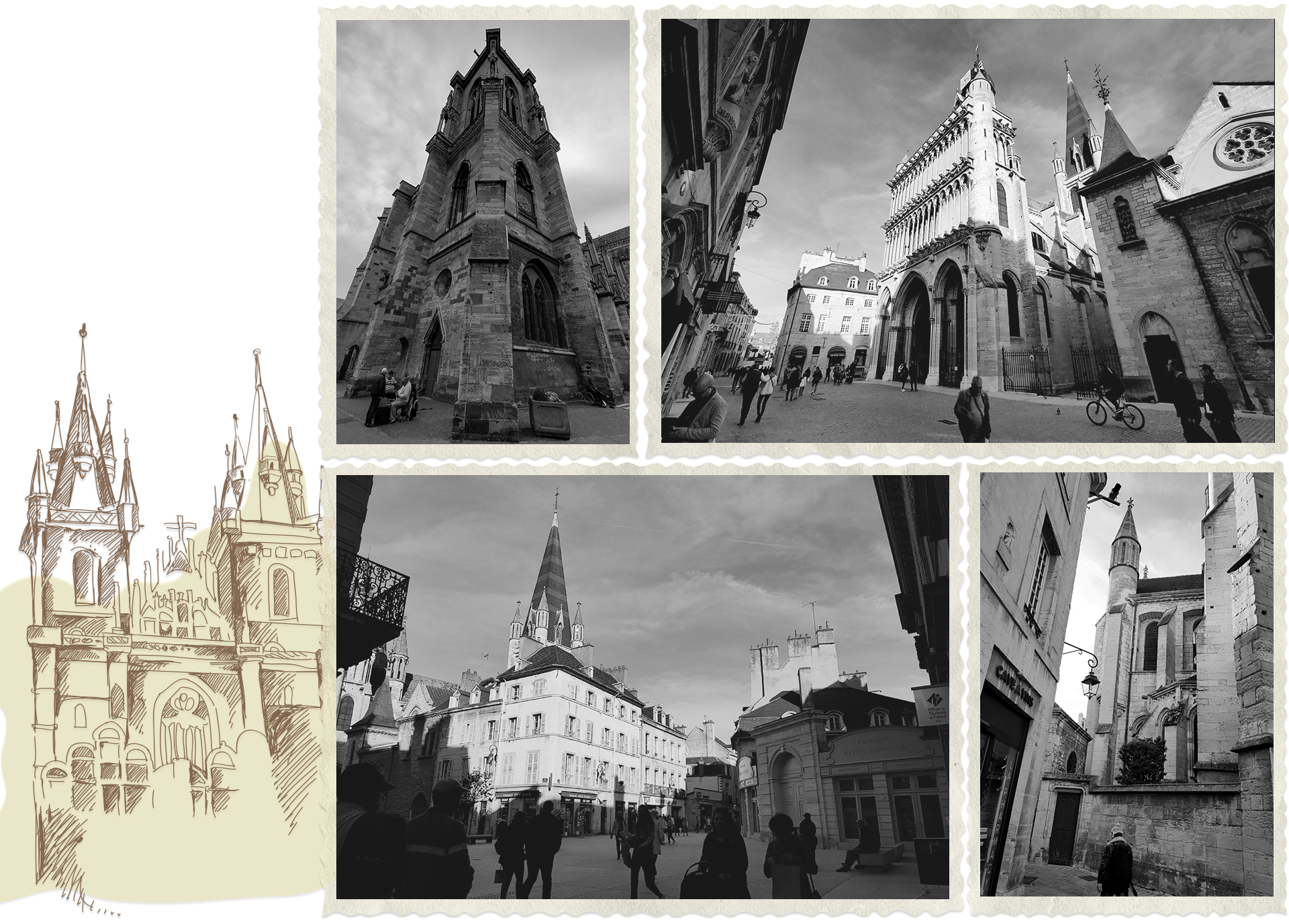 Although impressed with the unique works, what makes him more interesting is the life of the people here. There is the excitement of the most attractive tourist capitals in the world, but peace, slowness and love are always present.

"The thing that made me most pensive was the moment when a man quietly read a newspaper in a quiet corner," he said.

It was an old man with white hair but his eyes were still very sophisticated. He read newspapers without using glasses, sharp colors attentively, wearing a flat suit. He didn't know how long he sat there, reading the newspaper to wait for a friend or considered it a way to enjoy life. Just know that this moment is so special and the only urge is to take a picture to save.

Paris is the city of love. So many couples choose this place as a destination to record the most beautiful moments of their love. 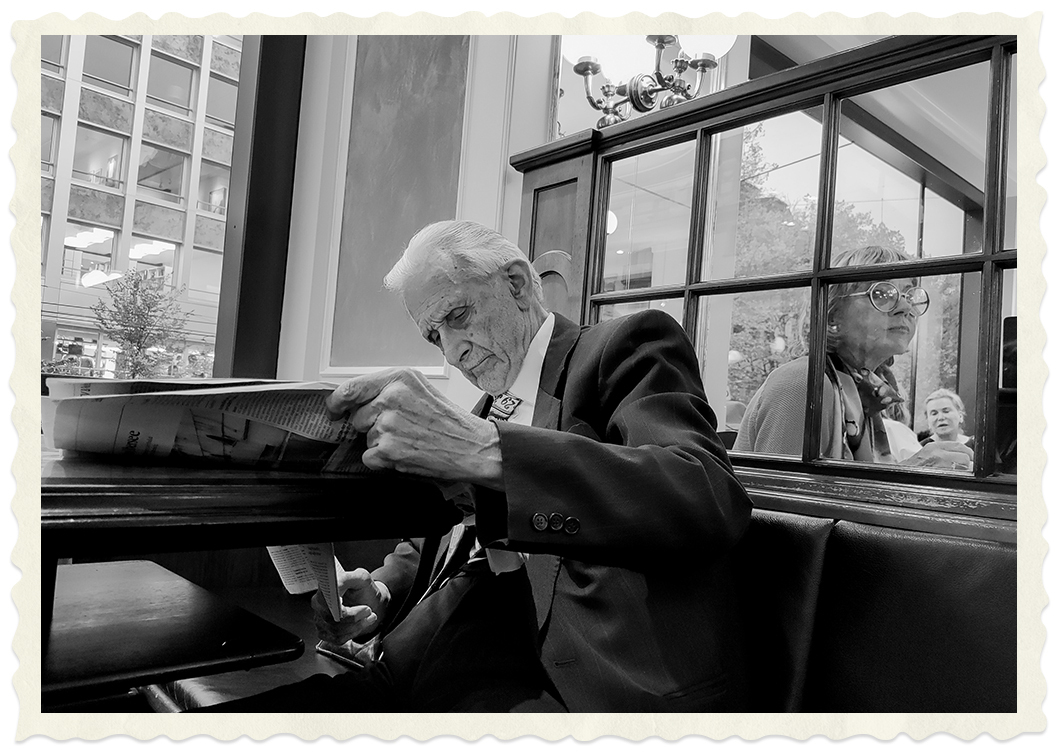 Le Kim Hung also has a photo recording that sweet image. Young couple exchanging loving kisses under a monument made him very touched. "Because love is always sustainable in some way, it is visually similar to the picture," the photographer shared. 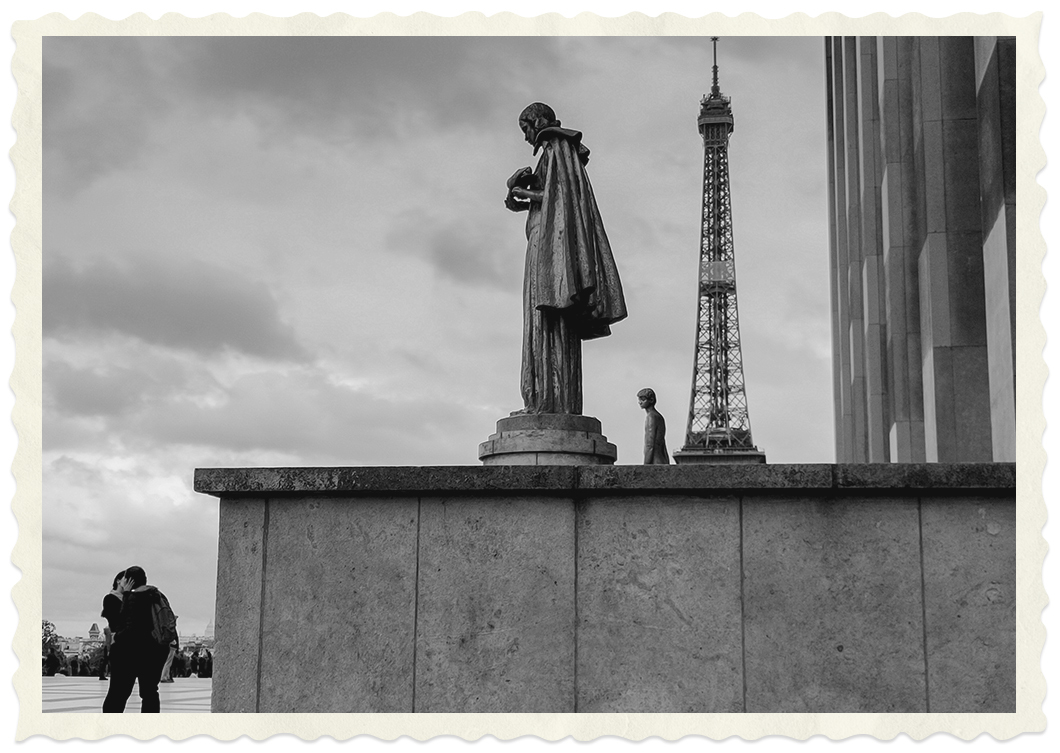 Also in the series of photos taken by Kim Hung by Oppo Reno 2, the country of Europe appears vividly. There are never-ending roads with music and smiles from groups of street artists. Using unique local instruments with an impromptu, exciting performance style, the artists make visitors unable to stand still but have to mingle happily, swaying to each tune.

In another corner, there is an energetic female dancer whose flexible body does not need any accompaniment but looks full of rhythm. She danced on her own, but the feeling was not lonely but full of passion.

Most of the images were recorded by Kim Hung using wide-angle cameras for good quality. Image processing algorithm on Reno2 is better than the previous generation, helping to increase the quality of photos and videos. So in cases where it is necessary to create a visual effect or emphasize on small details, Hung cuts the image, retains the quality.

Despite shooting in black and white, but the photos are still alive thanks to the ability to close AF, metering good. In case of moving, the camera cluster shows the ability to capture good subjects, bringing a true effect. In addition, the ability to shoot anti-shake is also used by him to have more impressive footage, documenting short journeys but many emotions. 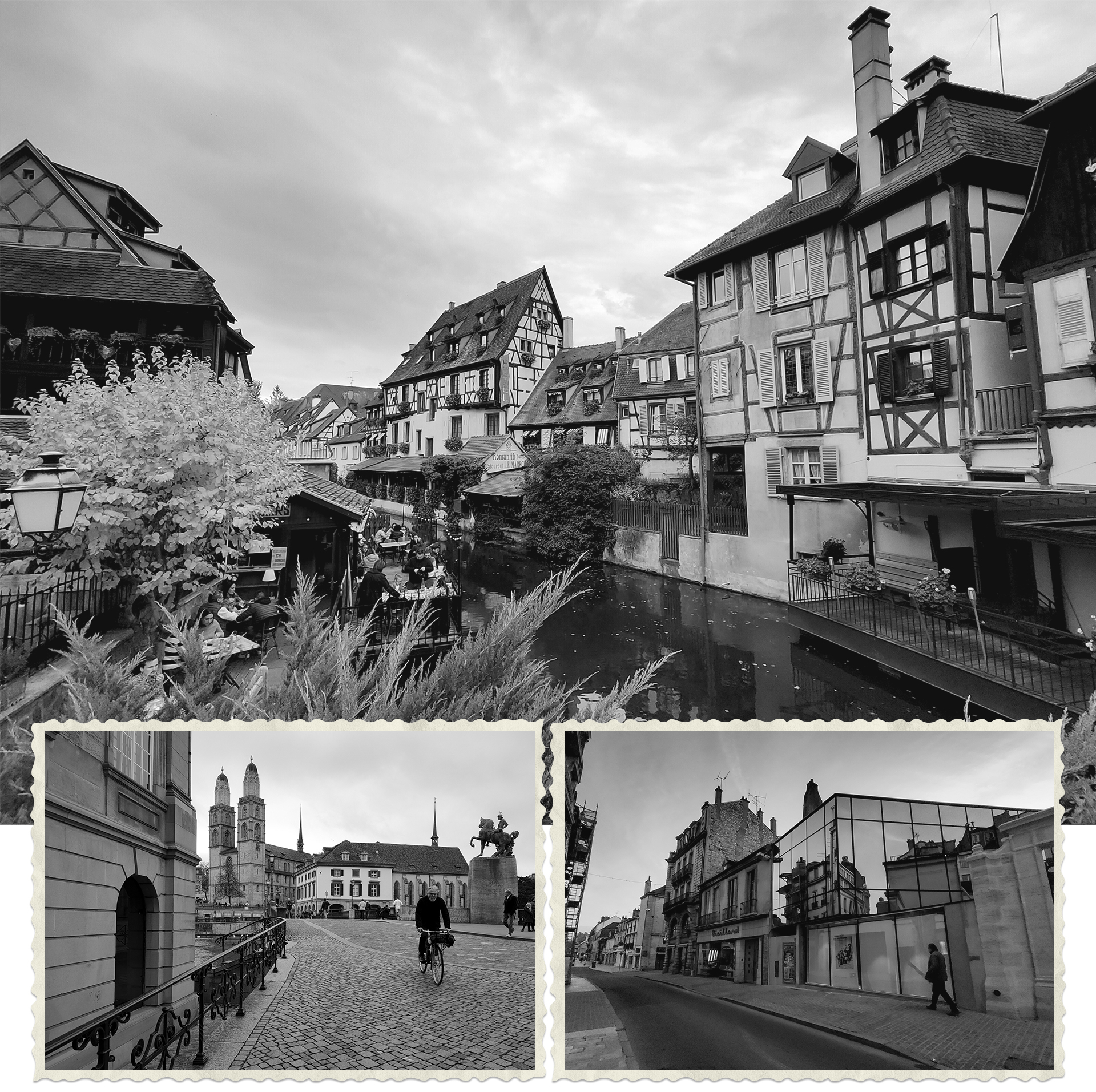