Where Buddha's birth, enlightenment, conversion of dharma and nirvana are four places many pilgrims wish to visit once in their lifetime. 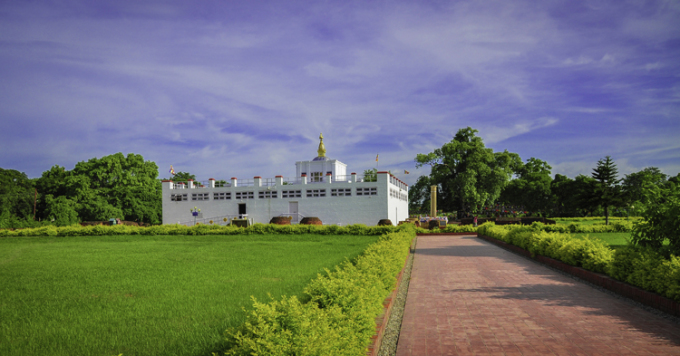 As the Buddha was about to enter nirvana, his beloved pupil, the Venerable Ananda, expressed a concern. That is how sentient beings will do to show their respect to him.

The Buddha answered Ananda that there are four places to visit and to worship, which is where he was born, enlightened, first turned into dharma and entered nirvana.

Today, these 4 places are Lumbini, Bodh Gaya, Sarnath and Kushinagar. These holy places have visited millions of faiths over many decades. It is also the most popular tourist attraction in India and Nepal.

Prince Siddhartha Gautama (later Shakyamuni), was born in Lumbini (Lumbini), southern Nepal. Today, in the sanctuary of the Maya Devi Temple - named after the crown prince's mother - there is a stone slab, identified as the birth of Buddha. Above the slab is a sculpture that has been damaged over time, with an image of Queen Devi holding a sala tree branch after birth. Crown prince after birth was able to stand firm on the lotus pedestal. 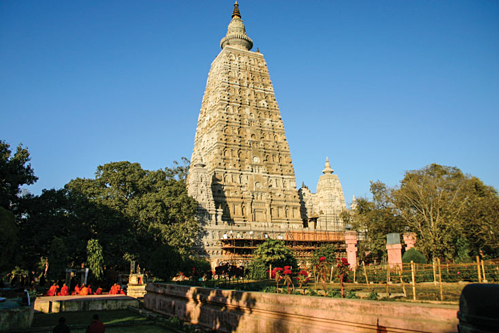 Not far away is the Ashoka stone pillar, indicating where Buddha Shakyamuni was born. South of the column is the rectangular Puskarni pond, where Queen Devi is believed to have taken a bath before giving birth. The sacred garden has been developed in recent years, outside the Maya Devi complex and has about 40 monasteries from Asian Buddhist nations. At the end of a beautiful and tree-lined street is the World Peace Pagoda (Vishwa Shanti Stupa). Today, the Lumbini sacred garden is a UNESCO World Heritage Site.

Every year, it welcomes about 400,000 visitors. A 4-day, 3-night tour to the area costs 500 - 800 USD (standard to luxurious package). Guests are transported by private car (excluding air tickets to and from Nepal) and all meals, vacation packages.

Bodh Gaya (Bodhgaya) is a small town, southeast of the state of Bihar, India. Today, it is one of Asia's top tourist attractions, attracting millions of pilgrims for its Bodhi Tree (the title in Buddhism, honoring an ancient Bodhi tree), where Buddha Shakyamuni became enlightened. 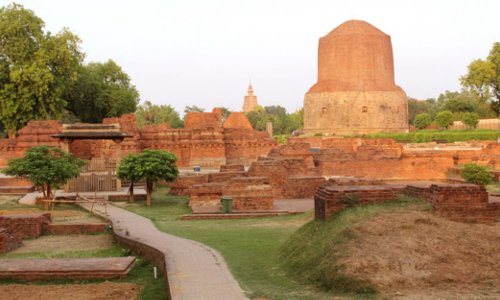 A tour from Varanasi to Bodh Gaya and to Patna, the capital of the state of Bihar in the 5-day-4-night journey, cost about $ 300 per person.

Sarnath (Deer Park) is a city in the state of Uttar Pradesh, India, 13 km northeast of Varanasi, near the junction of the Ganges and Gormati Rivers. This sanctuary is referred to as one of the sacred destinations of devout Buddhists. Deer Park (or Deer Park) in the city is where the Buddha first turned dharma. This is also where he appointed his first group of disciples to spread the teachings.

Deer Park is where Buddha turned the wheel for the first time. Photo: Times of India.

To get here from Varanasia, you can buy a half-day tour for $ 21.

Buddha died at the age of 80 in Kushinagar (Verse Na), eastern Uttar Pradesh state. An important place that pilgrims always visit here is Nirvana Temple, where a 1,500-year-old sandstone Buddha image and the tomb of Nirvana tower. The pilgrims come here often quietly around the giant statue, to pay homage to the impermanence as well as gratitude to the Buddha.

Nirvana Tower has a height of 45 m, a diameter of 10 m and is built around glass, without doors. The tower has a circular cylinder, believed to be built where Buddha entered nirvana.

Tour price per person for 11 days 10 nights journey to visit these 4 sacred lands from 850 USD.