INDIA Built as a memorial to the late king in the 11th century, Rani Ki Vav is also a place to store water and avoid heat of the people. 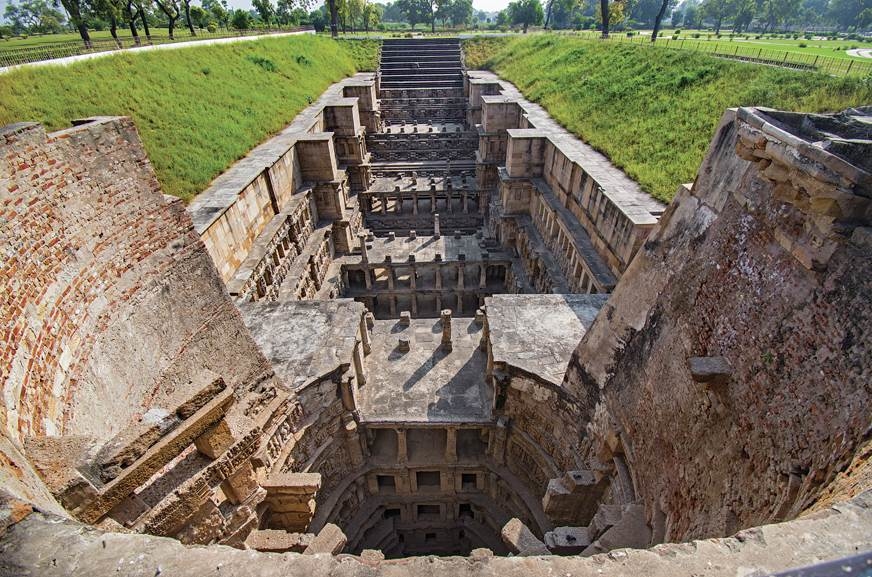 Rani Ki Vav is a lift well originating from the 11th century, in the town of Patan, Gujurat state, on the banks of the Saraswati River. This monument was built by Queen Udayamati as a memorial to her late husband, King Bhimdev I (1022-1063). Bhimdev I is the son of Mularaja, the founder of the Solaki dynasty in Patan city. In the 13th century, the site of the ladder well was buried by the Saraswati River until 1980, when excavated by archaeologists. After restoration, the carvings of Rani Ki Vav remained almost intact. In 2014, it was recognized by UNESCO as a world heritage site. 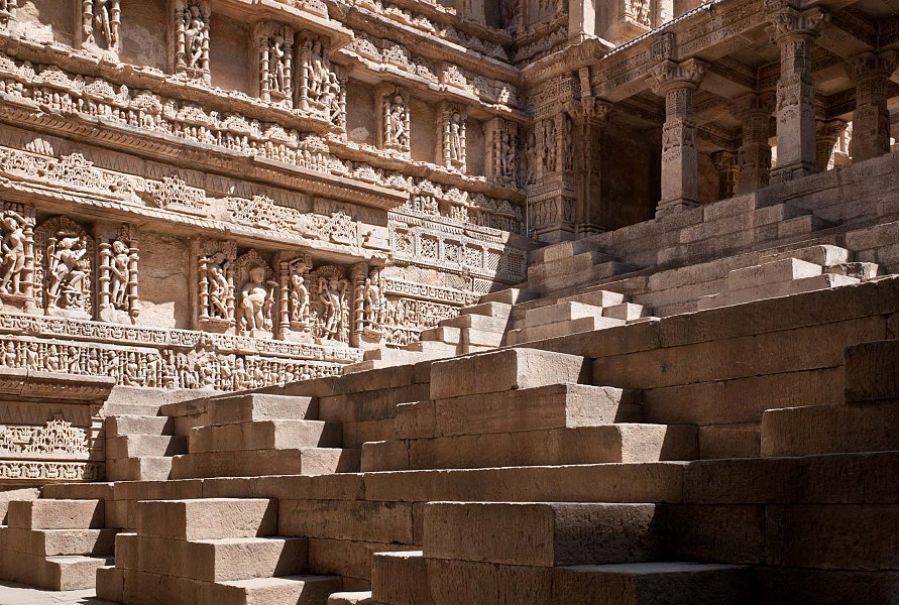 From the ground, the symmetric steps of Rani Ki Vav lead the way down to an underground water well. All are intact by the alluvium layer in the Saraswati River flood 7 centuries ago. Photo: Mythical India. 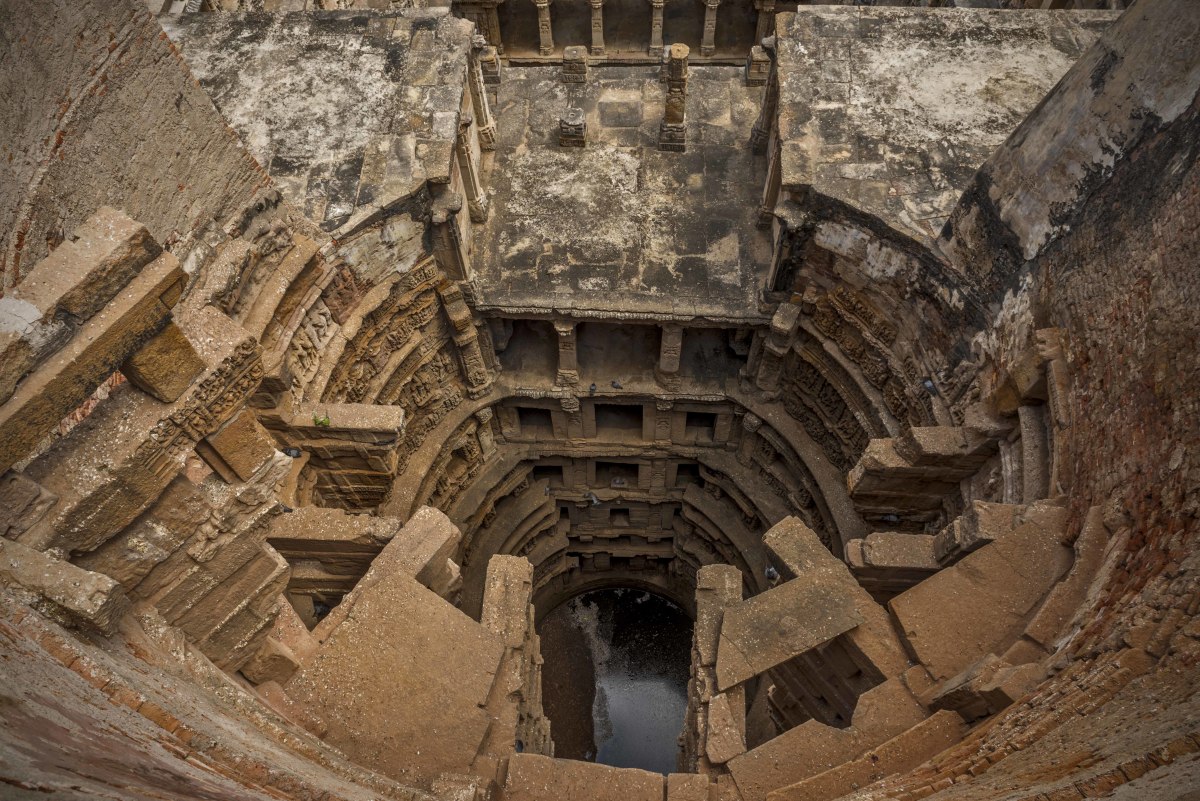 Rani Ki Vav is a testament to the well, the underground water storage system invented by Indians in the 3rd millennium BC. Initially, the system was simple pits. Over time, they gradually built into complex and multi-storey works of art. 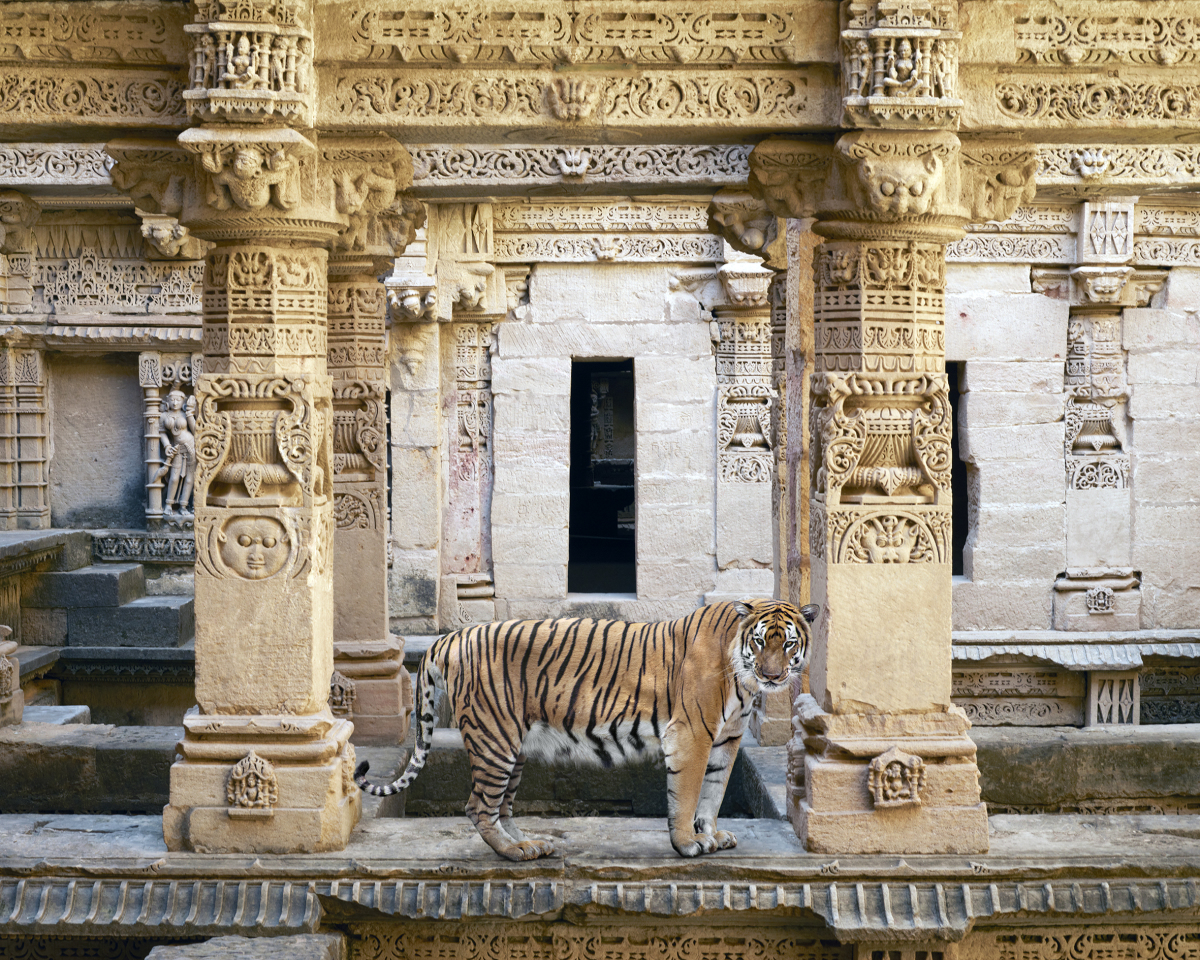 By the time Rani Ki Vav was built, the craftsmen were at their peak with the skill to build ladders. Maru-Gurjara's architectural style is reflected in exquisite sculptures to detail and proportion. 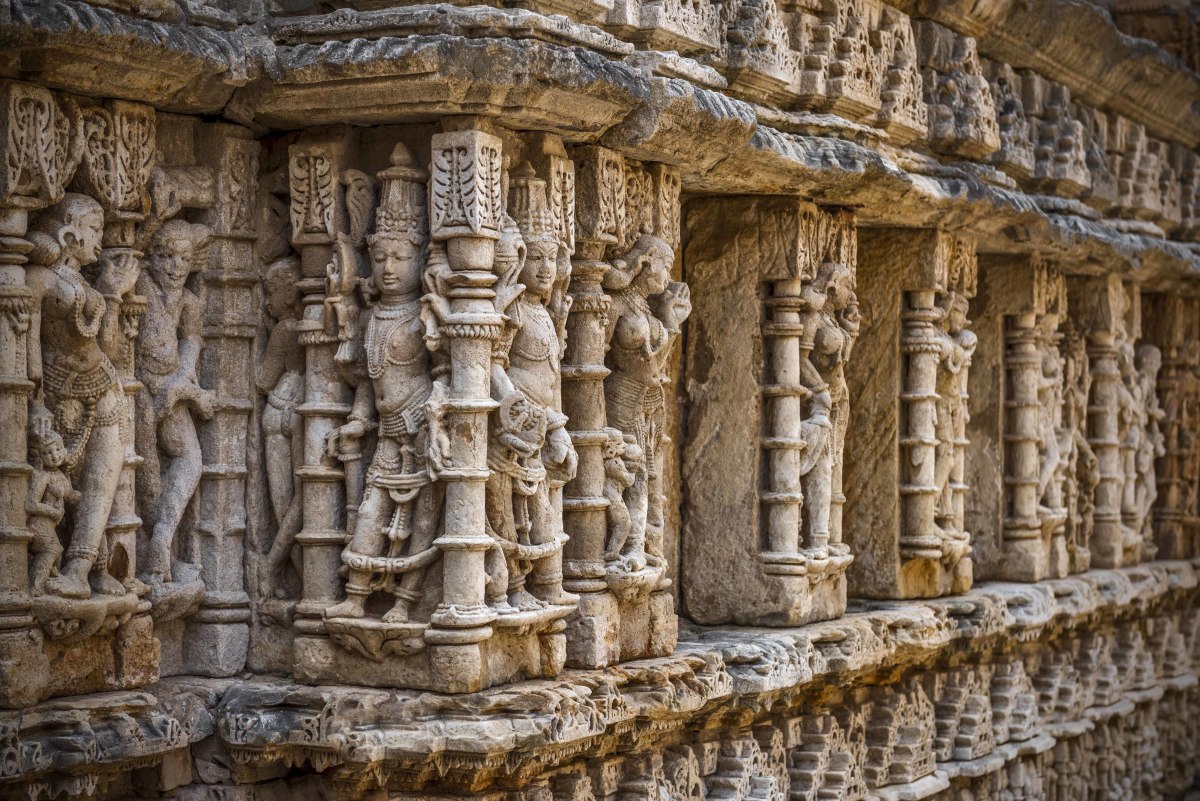 Rani Ki Vav is designed as a reverse temple to highlight the sanctity of the water. This monument has a total of 7 floors and sculptural walls of high artistic value. 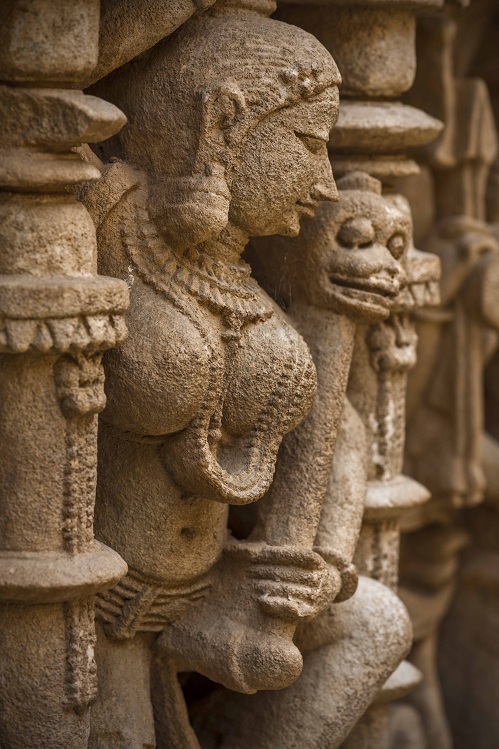 The monument has more than 500 major sculptures and about a thousand small sculptures. All depict images of religion, myth and secular. 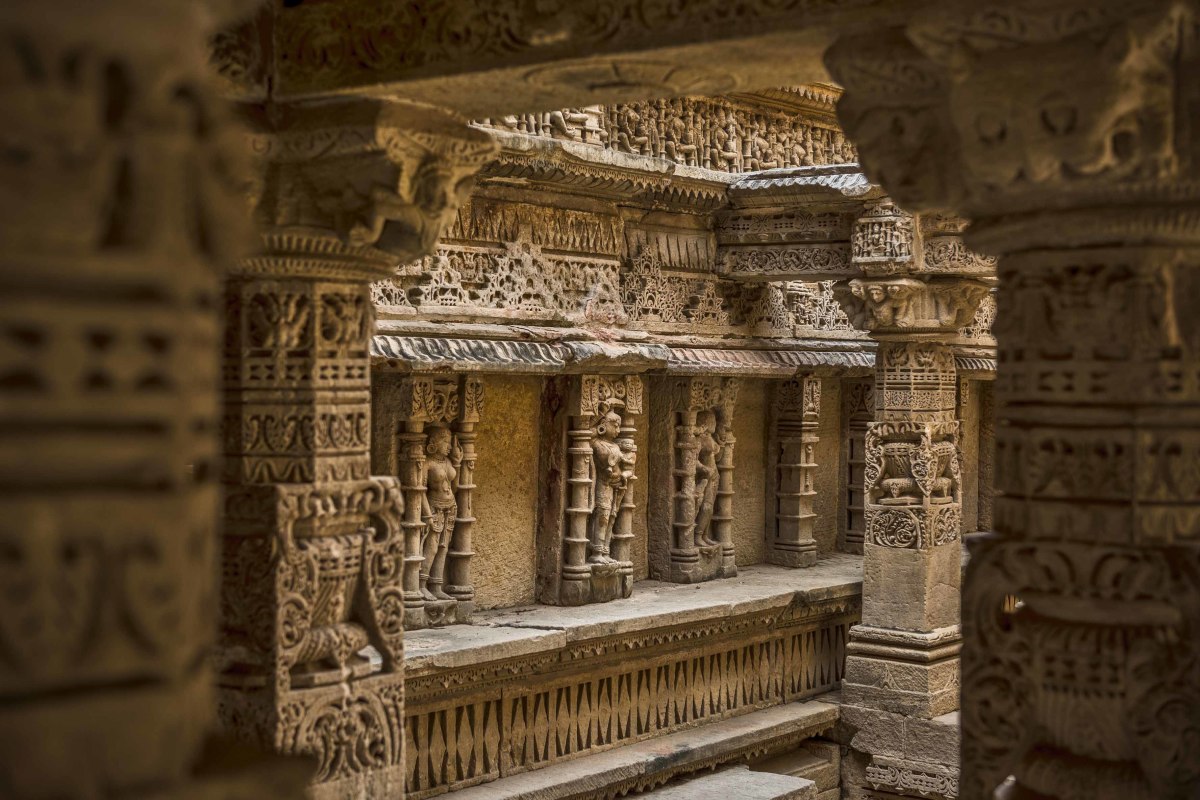 At the bottom of the well, a gate leads to a 30 km long tunnel to the town of Sidhpur near Patan. The path is an escape route for the king to lose. However, the tunnel was blocked by rocks and mud. 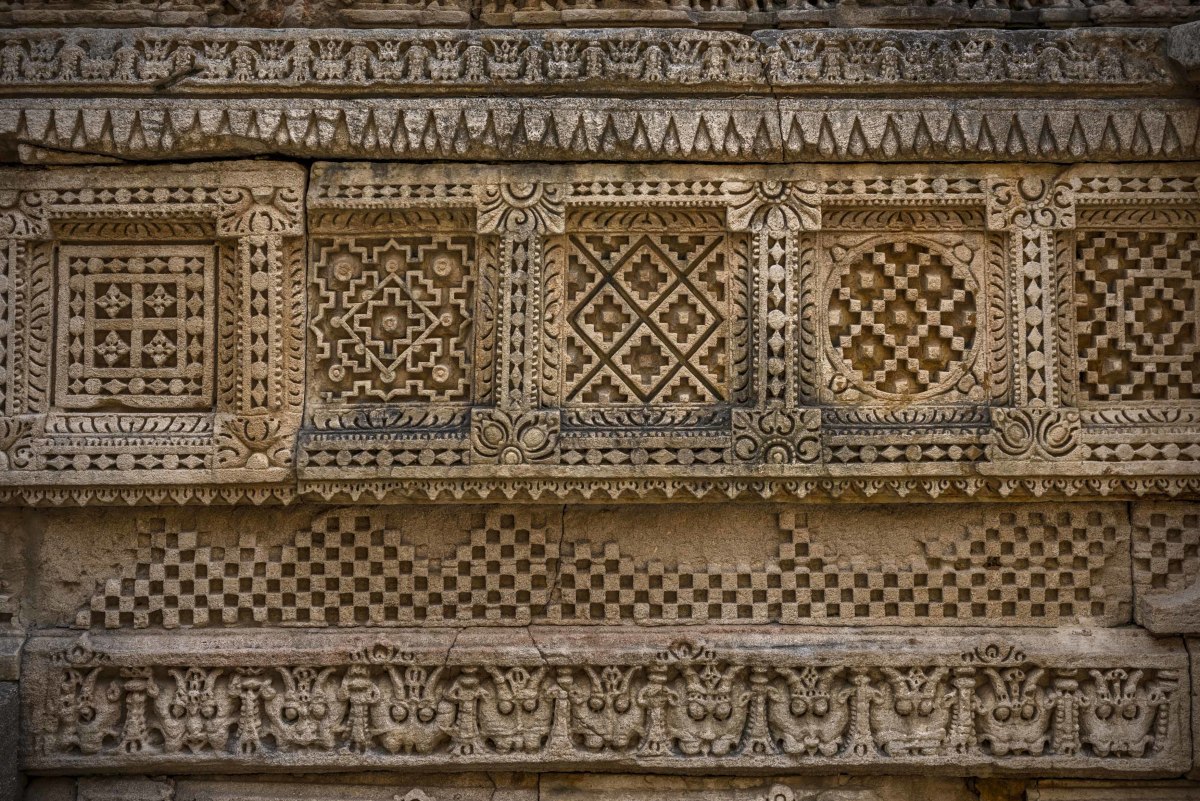 The ruins are open from 8 to 18 hours daily. The entrance fee for foreign visitors is USD 2 (VND 46,000). The airport closest to Patan is in Ahmedabad. From here, visitors can travel by bus takes 3.5 hours. Jeeps are also a popular, but uncomfortable, vehicle.