MADAGASCAR Many unique ecosystems form beneath rugged cliffs, some places where no footprints have ever been found. 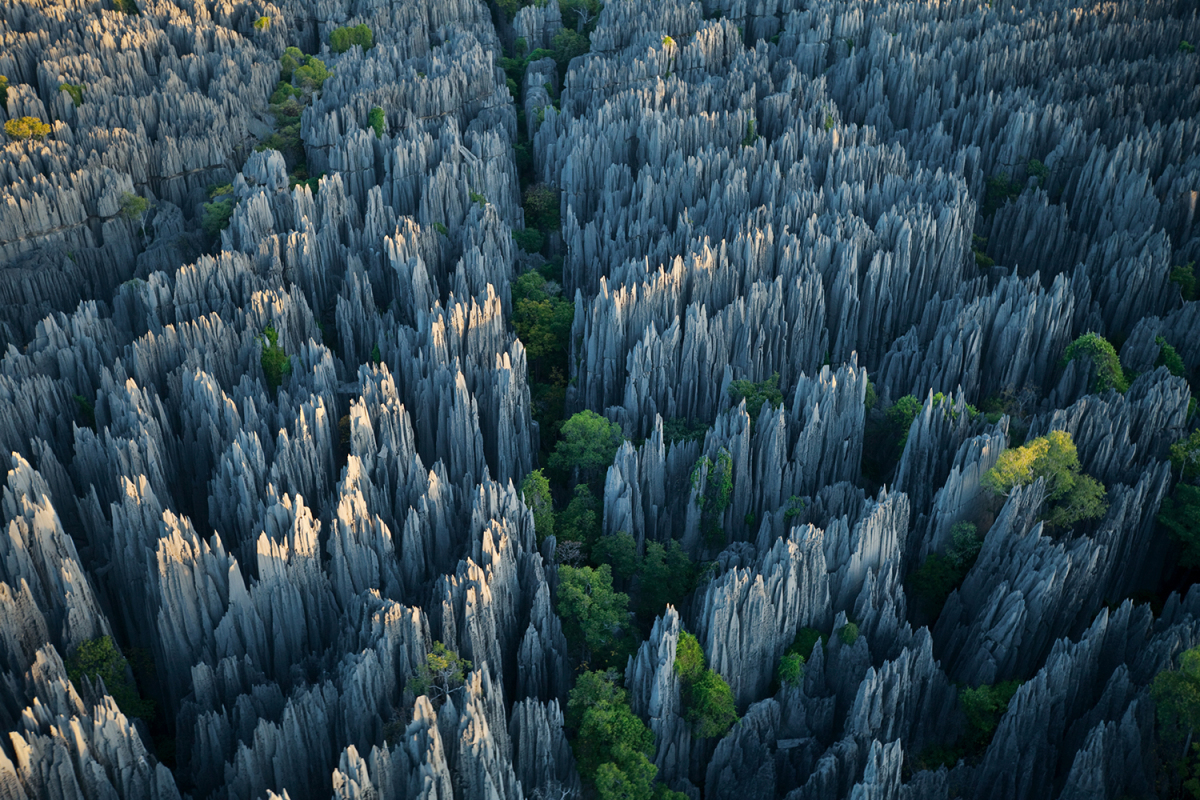 Tsingy Rock Forest or Tsingy de Bemaraha Nature Reserve is made up of many sharp limestone towers, including 70 meters high. About 200 million years ago, these were limestone blocks submerged in the sea. Geological fluctuations pushed them out of the water, accompanied by the erosion of tropical rains that make up today's sharp stone towers. The name of the forest means "where people cannot walk barefoot." 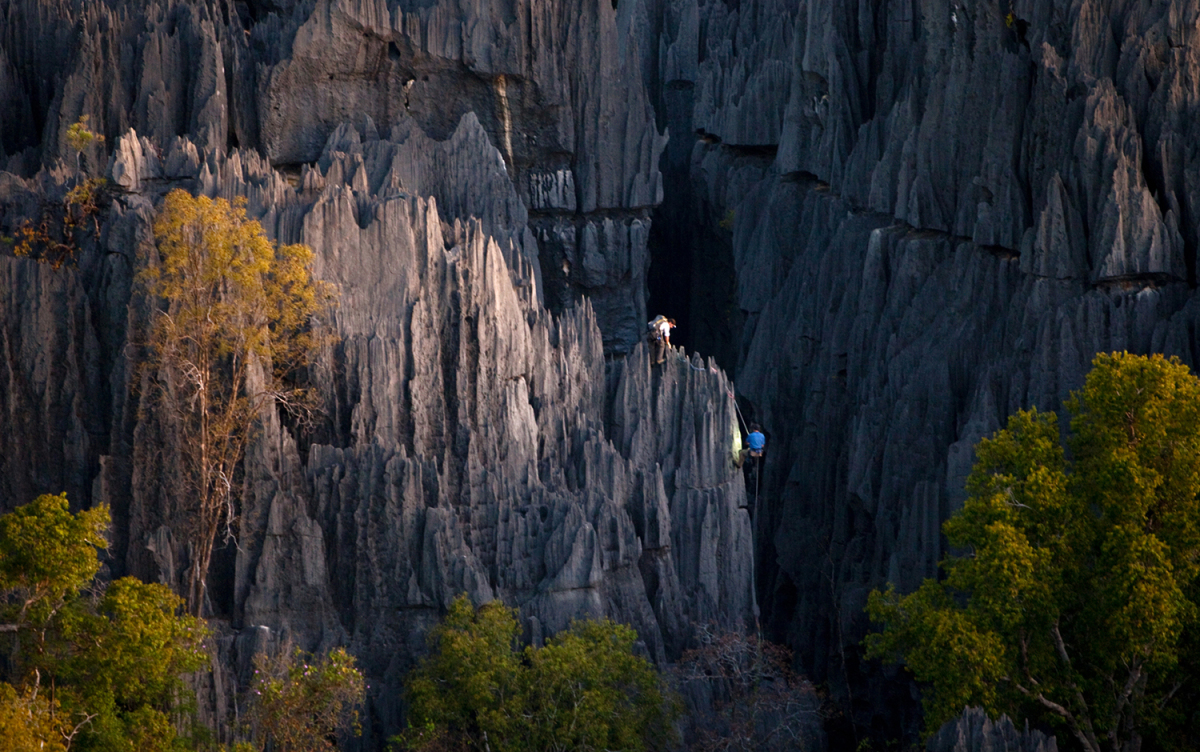 Many locations of Tsingy still do not have human footprints because of the rough terrain. Tourists who want to explore deeper in rocky forest need skills and professional climbing gear to move. 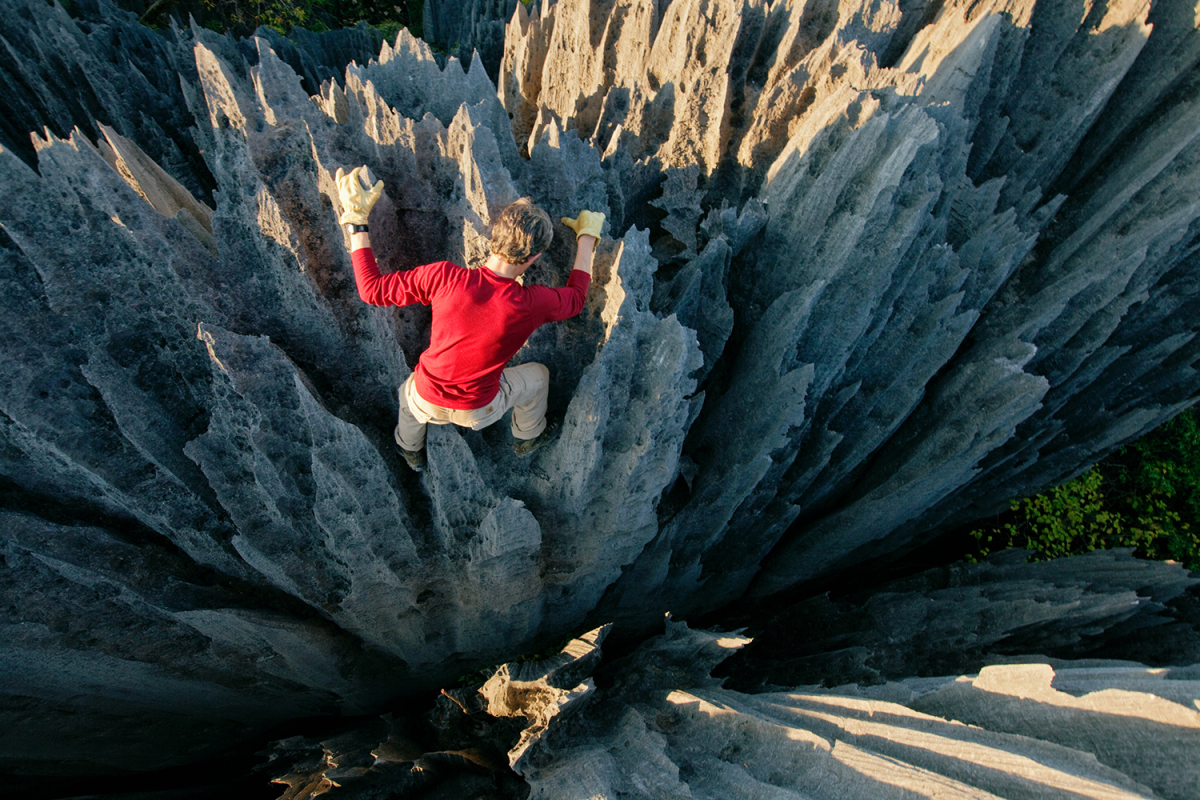 Benson, climber is moving on a steep rock wall. Photographer Stephen Alvarez, who made the photo sharing, the forest is like a city with high-rise buildings close together. "Instead of walking on the street, we have to climb through tall buildings to visit." 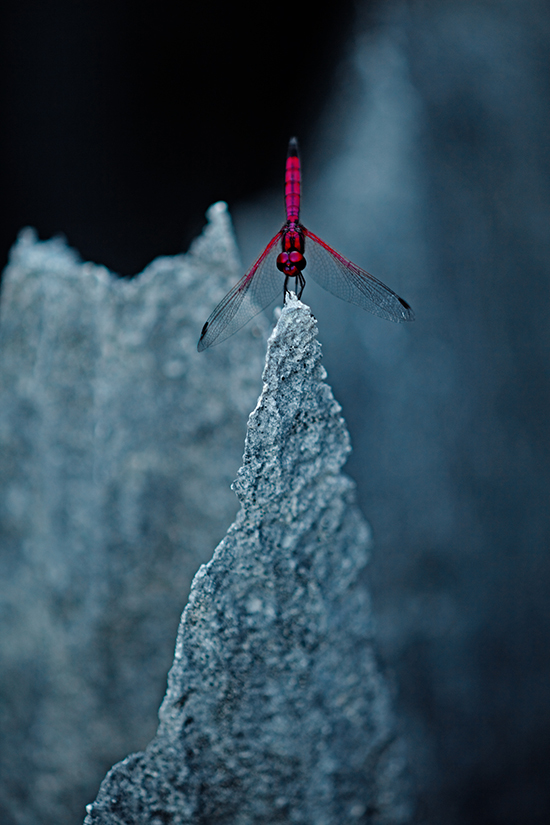 A cliff in Tsingy. The entire rocky forest has an area of ​​about 600 km2. In 1990, this place was recognized by UNESCO as a world natural heritage.
Steven Goodman, an American biologist, has lived and worked here for more than 20 years, describing: “The forest is home to extraordinary biological treasures on earth. You just need to walk around and you will come across an unknown creature ”. 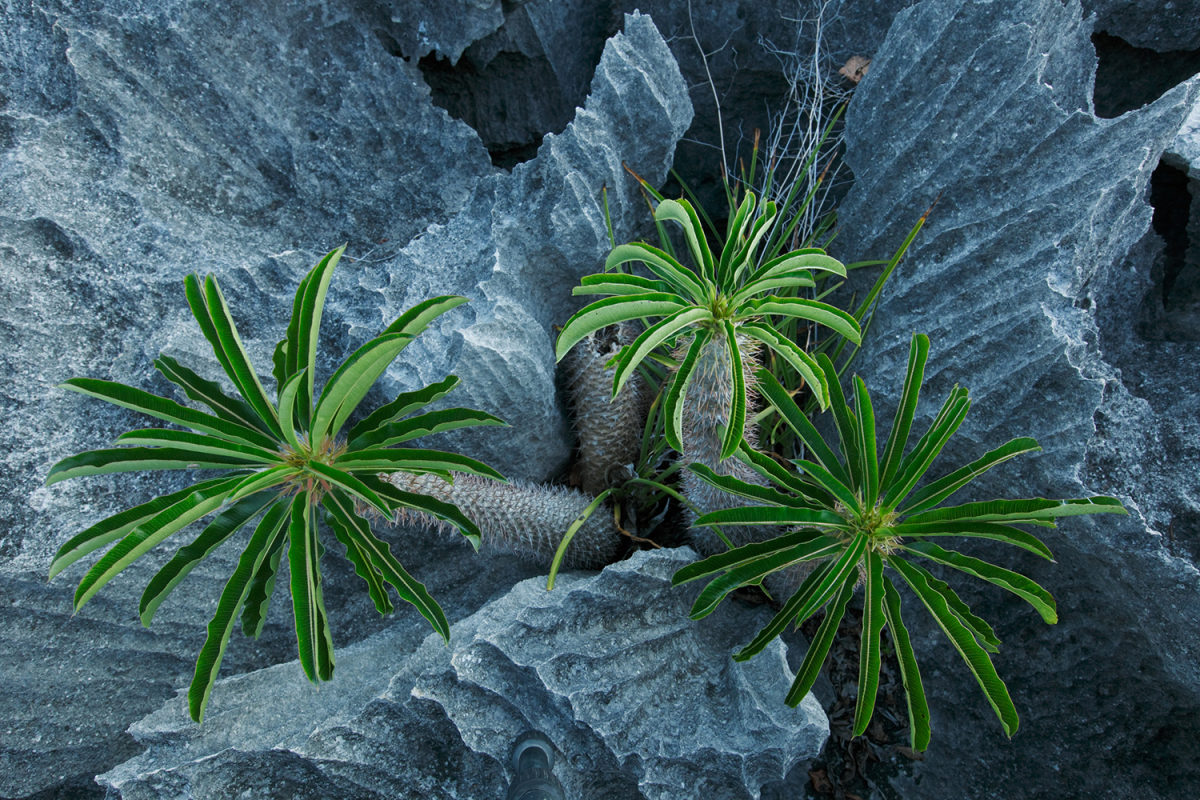 Pachypodium tree is drought tolerant, thriving at the peak of rocky forest. 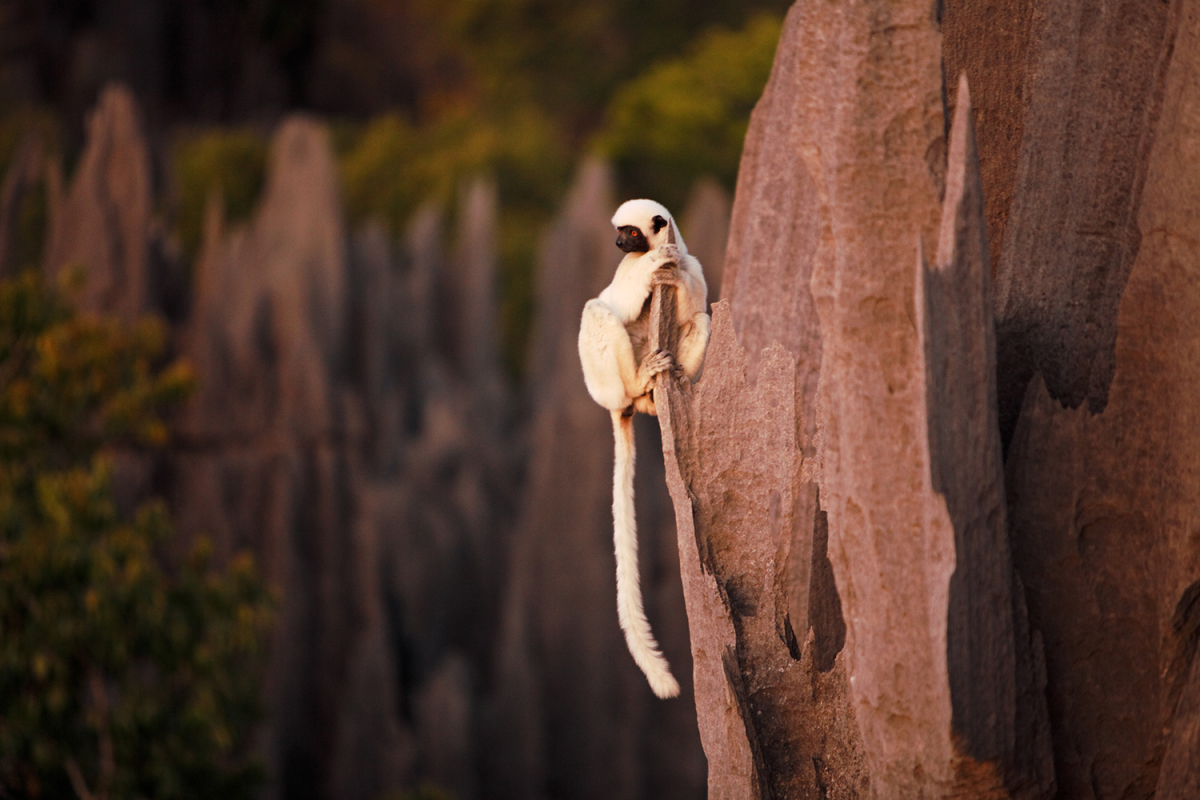 Lemurs are the most famous creature of the island, only distributed in western Madagascar. They use stone towers as a kind of highway when they want to move between fruit trees. The towers also help the animal to escape from predators.

Very little is known about the behavior of this ape. Madagascar has about 20 species of lemur living. Evolution has provided them with thick pads on their arms and legs to accommodate sharp peaks. 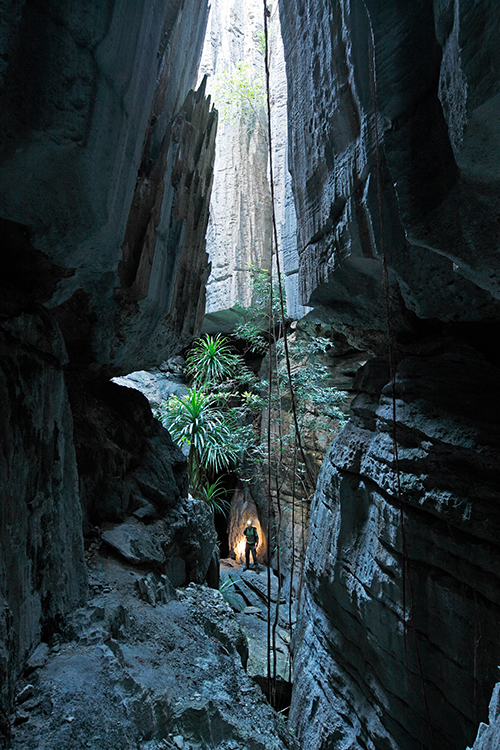 Gorge and cave below. Life in Tsingy is distributed by altitude. The top of the tower was arid and bare, while the canyons below were humid, low in light. This is the habitat of many species of animals and plants. The surrounding stone walls are believed to shelter the internal ecosystem, even when the habitats elsewhere on the island disintegrate. Scientists call this the "perfect refuge". 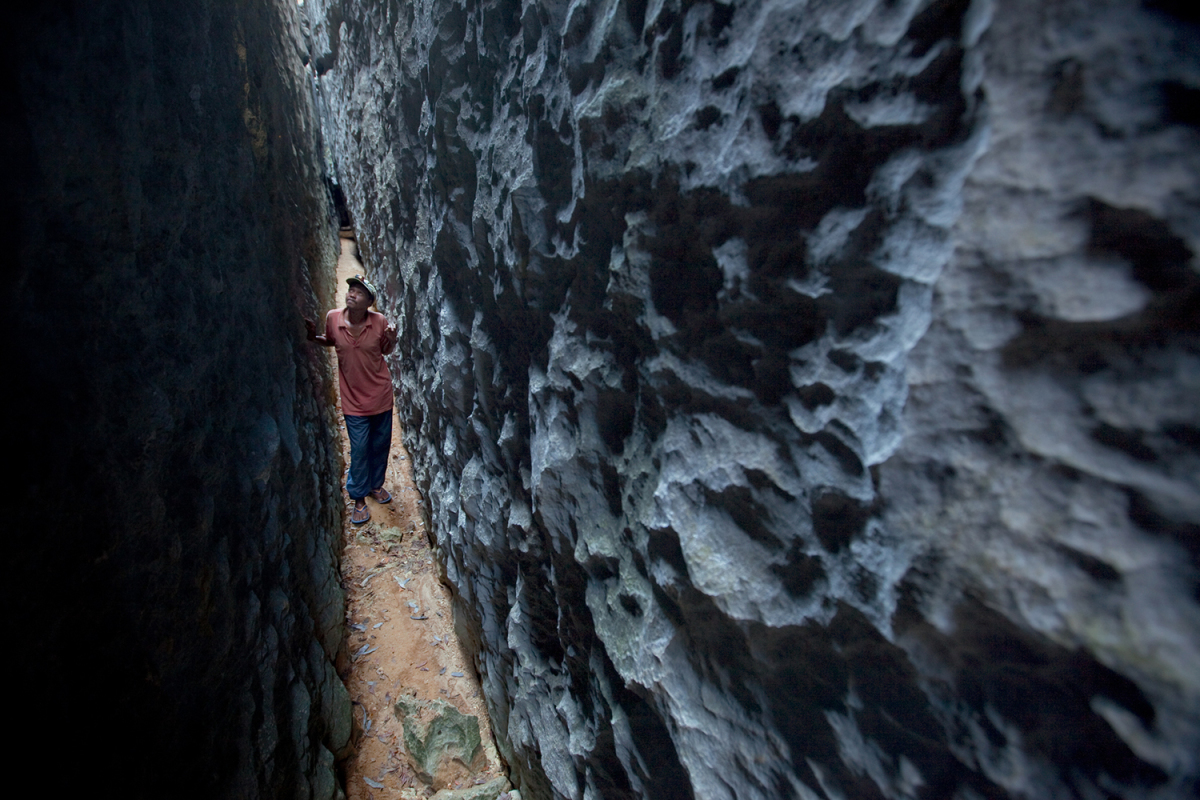 Most canyons are narrow, humid all year round, only suitable for one person. This is the habitat of invertebrates and amphibians. 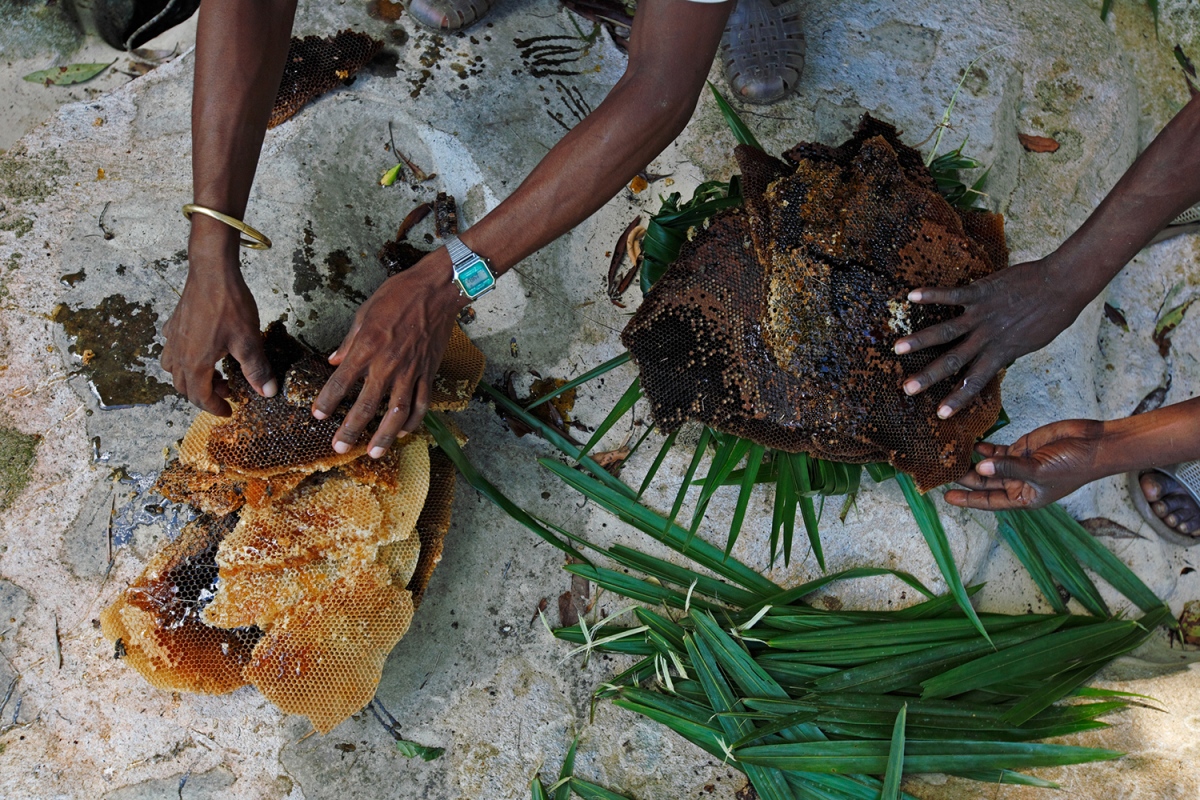 Most locals go to the rock forest to search for honey.

Separated from the African continent more than 160 million years ago, Madagascar is known as the world's oldest island and the fourth largest after Greenland, Papua New Guinea and Borneo.
Despite being among the poorest countries in the world, this destination is attractive thanks to its unique wildlife and diverse landscape, with 80% of its flora and fauna population being unique. Biodiversity and the number of endemic species (species that exist and grow within a narrow distribution range) make this place known as the 8th continent of the world.