The reason every passport book is the same in the world

Regardless of country, every passport circulating in the world has the same style, shape and size.

Today, if you have the opportunity to hold many passports in your hand, you will realize that, regardless of the citizens of any country, the shape of them are the same. Besides, the page number, size, design, layout of all passport books are the same pattern. 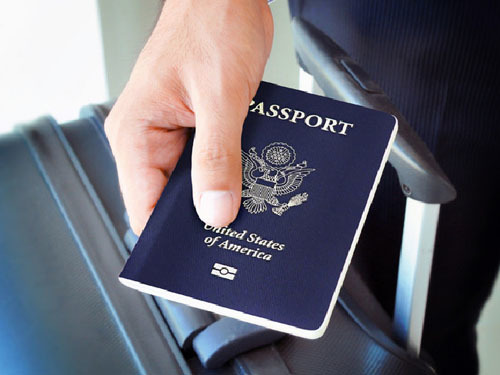 In October 1920, the invention at a meeting in Paris, France created a major turning point in making it convenient for people to travel around the world. That is the birth of the passport book. Photo: News.

The reason for the same passport books is that the League of Nations (later replaced by the United Nations), an intergovernmental organization in World War I established to maintain world peace, met in Paris. to discuss an issue related to passports and customs clearance. Here, they propose a set of standards for passport books and are accepted by 42 countries in the United Nations.

Accordingly, the passport must be 15.5 cm x 10.5 cm in size, with 32 pages. The first 4 pages detail the owner's personal information. The remaining 28 pages are for immigration, immigration and visa marks. In addition, the passport must have a hardcover, country name and national emblem printed right on the cover.

After nearly 100 years, the passport book has not changed significantly from the original.

Before World War I, people didn't need a passport when traveling across Europe. For them, crossing the borders of another country was a simple procedure. But during the war, everything changed. The European government is more concerned about immigration and tourism than before, for security reasons.

After the war ended, travel between countries was more interested. People traveling abroad have to present a lot of relevant papers, and sometimes those documents also lack accuracy. Therefore, the meeting in Paris was opened to solve this problem.

On October 25, Singapore became the most powerful passport country in the world, thanks to Paraguay eliminating visa requirements for its citizens, according to CNA.

Accordingly, Singapore passport holders can easily go to 159 countries, either without a visa or just needing to upon arrival. Before Paraguay made the decision, the lion island nation has in common with Germany is 158.