The story of the lucky coins in the world

If you put a 5 yen coin in your wallet, you won't have to worry about money and the British brides put 6 coins down on the shoes at the ceremony, the marriage will be well off.

Not only Vietnamese people have a New Year lucky money, many other Western countries in the world are also very popular with the New Year celebration. Each place has a different currency and most of them are coins with unique engravings as shown below. 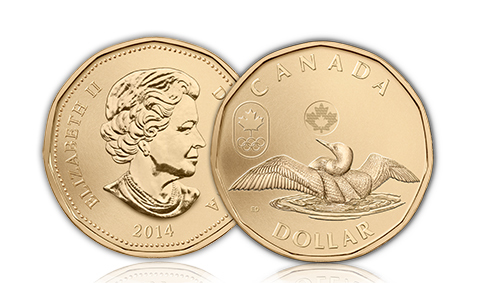 Lucky Loonie is considered a "talisman" for Canadian athletes in many international tournaments.

Also known as the Lucky Loonie (lucky bird), the 11-sided gold-lighted Canadian coin was first used in 1987. At the 2002 Winter Olympics in Salt Lake, Lucky Loonie became became a symbol of luck in Canada after being secretly laid down on the ice by Trent Evans - a member of the Hockey team.

As a result, both men's and women's hockey teams won gold at the Olympics that year. From the above story, Canadian athletes often have the habit of secretly carrying a Lucky Loonie coin in international competitions. 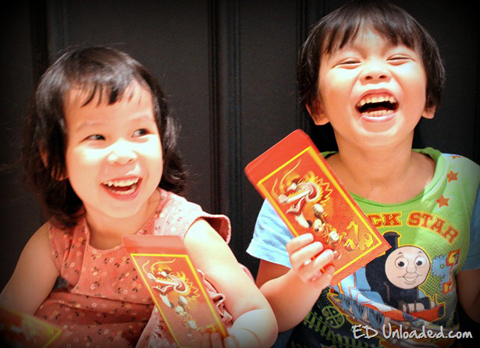 According to the old custom, every year, on the occasion of the Lunar New Year, children and grandchildren in the homes of Vietnamese people take turns saying "congratulations" to grandparents and their parents and receive a red envelope (red envelopes). In the bag containing some money to get lucky and bring joy on New Year's Day.

Feng shui red envelopes, symbolizing luck and fortune. Many people believe that giving or receiving as much red envelopes results in a good fortune. This custom is still very common today. 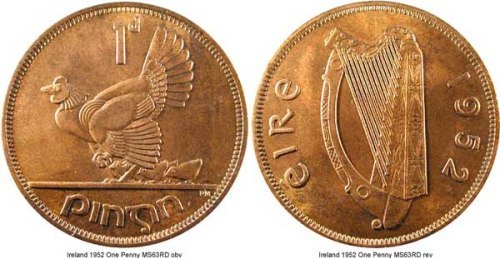 One side of the Irish lucky coin is a harp - the symbol of this country. Photo: Nwcoin

The original Irish people believed that their penny brought good luck to anyone who received it. Some documents also recount that the vendors here used to have the custom of returning a penny to customers to buy to wish them luck with the selected item.

Another reason for this value to be valuable is that it was only minted for a certain period of time (1928-1968). After that, they were recovered and melted, only a few were hidden by the people and 35 years later became the item of Irish hunters aggressively hunted. 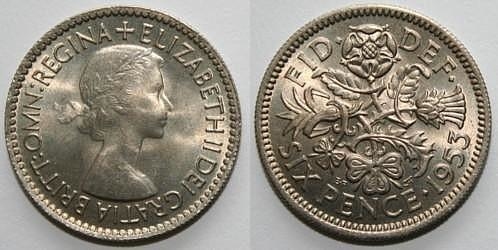 This is one of the most famous lucky coins in the world. For centuries, brides in the United Kingdom believed that at the wedding time on the wedding day, if they put the 6-cent coin in the heel of the shoe, the marriage will be prosperous. Therefore, in addition to celebrating the New Year, it is also used as a gift for the bride.

The front of the coin is the image of the queen or king, the most popular being Queen Elizabeth II. On the back, there are four symbols representing the ancient nations of the United Kingdom, including the British rose, Irealand clover, Wales leek and Scots star fruit. 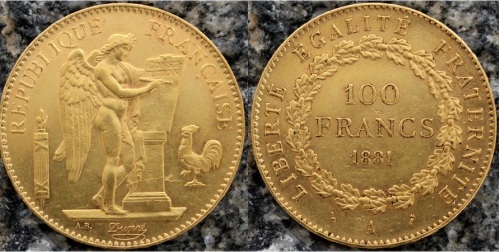 Napoleon Bonaparte is said to have once held with him the Angel gold but then lost it right before the battle of Waterloo. Photo: Zlataky.cz

Legend has it that when Augustine Dupre - the designer of the Angel gold coin - was sentenced to death, he held the coin in his hand to pray. The executioner, upon seeing, allowed him to trade for life. Since then, owning an Angel gold coin is considered lucky.

Napoleon Bonaparte also kept an angel gold coin during his conquest of Europe until he lost it. It was just before the battle of Waterloo. 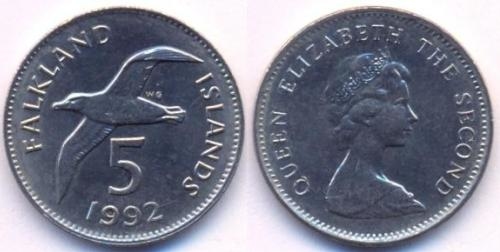 Engraved with seagulls - a symbol of long seafarers, the 5-cent coin is considered a lucky item for sailors on Falkland Island. Photo: Chiefacoins.com

Falkland is an archipelago located in the South Atlantic Ocean, an area of ​​12,200 km2, in the British overseas territories. The 5-cent coin circulating in the archipelago features a large albatross wings flying.

This is considered a symbol of happiness when returning home of long-time sailors or seafarers worldwide. The timely appearance of the birds is a sign that the mainland is ahead. The story of these blessed sea voyages is passed down to many generations later on the 5-coin coin of Falkland Islanders. 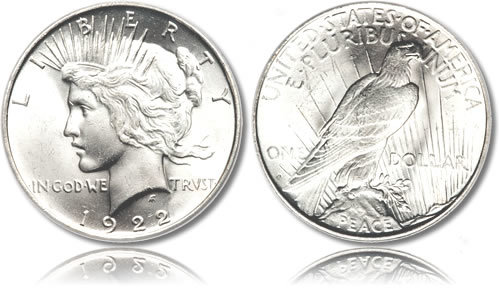 Although valued at only one USD, this coin still holds great significance in American life. Photo: Coinnews.net

The silver coin of Peace circulated between 1921 and 1935 in the United States, is considered a lucky coin because of the carvings of the Statue of Liberty. The value of a coin is only one USD but still holds great significance because Westerners think that "having 1 dollar in your pocket means you always have money".

The two faces are meticulously carved with octagonal figures near the edge of the coin. Photo: Kinhnghiemsingapore

According to some records, around the 80s, when the construction of the metro was difficult, Prime Minister Lee Kuan Yew received a feng shui advice for the creation of a Singapore dollar.

The currency with the eight trigrams symbol near the outer edge is carried by most people of this country with the belief that this is a sacred object. For them, it is not only spiritual but also a symbol of talent.

The pfennig is one of the lucky symbols of the Germans. Photo: ma-shops.com

One pfennig is Germany's most famous coin for fortune. According to the concept of the ancient Germans, this money is capable of fighting evil, banishing witches from the village and so it is often attached to the door of the house to cover.

Today, this currency is also known as "one cent" and is often used as a gift in the spiritual life of indigenous people. A pfennig is considered to bring the greatest fortune when you accidentally find it on the road. Some Germans also confessed that in order to increase their joy, when they donated a pfennig, they often left it to the ground to be picked up by others. 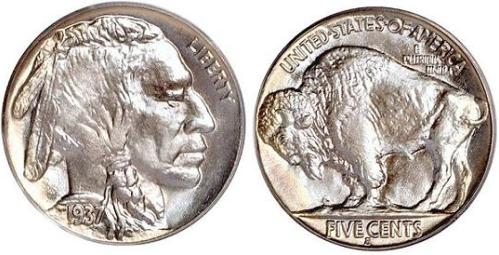 Buffalo Nickels is only worth 5 cents but still holds great significance in everyday life. Photo: Usacoinbook

Buffalo Nickels, also known as Hobo Nickels, features Indians on one side and American bison on the other. In the old days, although Buffalo Nickels was only worth 5 cents, with special carved images, it could be exchanged for a warm blanket, a meal or an overnight getaway for the homeless. 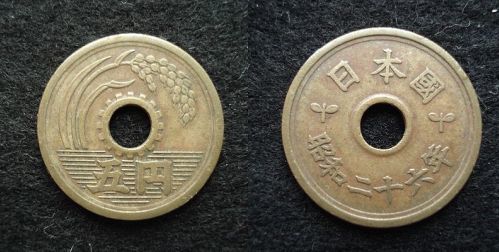 The 5 yen coin also has a reading that coincides with another Chinese word that means "get married". Photo: Treasurenet.com

The 5 yen coin is made of gold (brass), is big in size and also weighs more than the yen. In Japanese, the 5-yen coin reads "gô", which coincides with another Chinese character that means "married" so it is considered a lucky coin. According to some legends, people who get their first month's pay if they put a 5-yen coin in their wallets won't have to think about money.