Where the plane must go through the expressway every day

Drivers who frequently travel on the A14 motorway in Germany are familiar with the sight of giant planes passing overpasses. 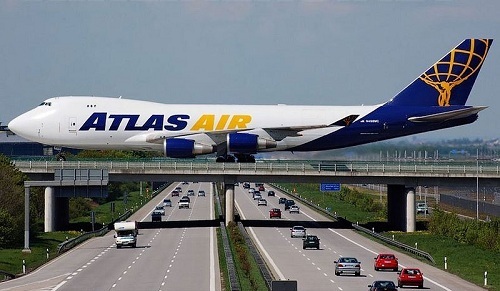 The overpass is 191 meters long and 63 meters wide. About 250,000 cars travel through the highway below each day. Photo: Marcus Liebig.

Any aircraft departing or landing on the northern runway of Leipzig / Halle airport must cross a bridge that crosses a railway line and the A14 motorway. This highway connects the port city of Wismar with the town of Nossen in the state of Saxony, Germany.

The runway in this unusual position is due to the lack of space for expansion of Leipzig / Halle airport. Open since 1927, this is the 11th largest airport in Germany, welcoming more than 2 million passengers annually. When designing and upgrading the airport since 1995, the architect team proposed a plan to build 3 bridges spanning the expressway so as not to obstruct traffic. As a result, the aircraft can run all 3.6 km of the runway when landing or taking off. The northern runway became operational in March 2000 after five years of planning and construction.

The overpass for aircraft to cross the crowded highways is not a new design. The aircraft must also run on such runways at Charles de Gaulle Airport in Paris, France and Fort Lauderdale in Florida, USA. Amsterdam's Schiphol Airport, the Netherlands just built a sixth runway in 2018, crossing the nearby A5 motorway. These bridges can withstand the payload of large aircraft such as the A380.

The flight lacks a pilot so he has to delay for many hours, a male passenger requests to board instead of not wanting his holiday to be affected.

On September 2, Michael Bradley and his wife and 15-month-old son used EasyJet's service to fly from Manchester, England to Alicante, Spain to travel. When he arrived at the airport, he received notice that his flight was delayed about 2 hours, due to the lack of captain.

Michael, also an airline pilot but not on duty, took the initiative to call the company. He said he was willing to fly the plane so that his family and other passengers would not have to wait. The airline checked after it accepted Michael's offer. 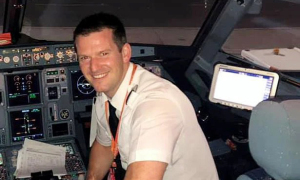 On the plane, pilot Michael Bradley told the story with passengers via radio. In the video, recorded by many passengers, everyone applauded to encourage Michael.

"This must have only happened to me. I arrived at the airport and knew my flight would be delayed for a few hours. After that, I accidentally looked at the notice board and found myself preparing to fly. They said their flight I lacked a pilot, and a guy on this flight was ready to fly. It was great, truly legendary, "said Michelle Potts, a passenger. He also said it was a blessing, because that passenger is a pilot. Otherwise, the flight may be canceled.

The representative of the airline said that Michael Bradley is suitable and qualified, healthy to fly the plane. This male pilot has 4 days off and has a valid driver's license. "We are grateful to one of the airline's pilots, who are traveling from Manchester to Alicante with their families, and volunteering to fly. This is completely in compliance with airline regulations."